Biodiversity is a paramount factor for the survival of the living world in general and mankind in particular. The fewer species (animals and plants) we have, the fewer people we will have on the earth. During the last few decades, loss of biodiversity is on the rise. Following are the major causes of threat to biodiversity.

Today, major loss to biodiversity in the world has been done by man. Man has begun to overuse or misuse most of these natural ecosystems.

Due to mindless and unsustainable resource use, once productive forest and grasslands have been turned into deserts, and wastelands have increased all over the world. Rapid industrialization, urbanization, and growth in population have resulted in massive deforestation and consequential habitat loss around the world.

For instance, mangroves have been cleared for fuel-wood and prawn farming, which has led to a decrease in the habitat essential for breeding of marine fish.

Forests all over the world, in particular tropical rainforests such as the Amazon, are under unforeseen threat largely from conversion to other land-uses.

Scientists have estimated that human activities are likely to eliminate approximately10 million species by the year 2050. It is also estimated that at the present rate of extinction about 25 percent of the world’s species will undergo extinction fairly rapidly. Rich biodiversities such as tropical forests, wetlands, and coral reefs world over will constitute the major part of this extinction.

Poaching of wildlife for trade and commercial activities has been on the rise for the last many decades. It has been a significant cause of the extinction of hundreds of species and the endangerment of many more, such as whales and many African large mammal, Asian tigers, etc. Most extinction over the past several hundred years is mainly due to overharvesting for food, fashion, and profit.

Illicit trade in wildlife in current times is driving many species of wild animals and plants to extinction. Elephants are poached for ivory; tigers and leopards for their skin; pangolins for meat and scales; and rare timber is targeted for hardwood furniture. 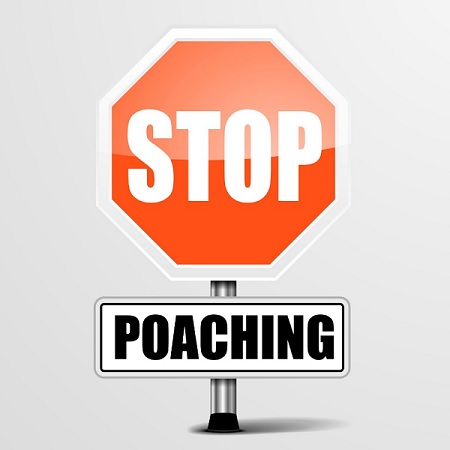 The global illegal wildlife trade is estimated to be between $7 billion and $23 billion in illicit revenue annually. It is now considered the most lucrative global crime after drugs, humans, and arms.

In 2015, the United Nations General Assembly unanimously adopted a resolution for tackling illicit trafficking in wildlife. The Sustainable Development Goals has laid down specific targets to combat poaching and trafficking of protected species.

Man-wildlife conflict refers to the interaction between wild animals and people and the consequential negative impact on both of them. Human population growth and the resultant destruction of wildlife habitat for human habitation and economic prosperity create reduction of resources or life to some people and wild animals.

World Wide Fund for Nature (WWF) defines this conflict as “any interaction between humans and wildlife that results in a negative impact on human social, economic, or cultural life, on the conservation of wildlife population, or on the environment.”

Although man-wildlife conflict is as old as human civilization, in modern times the degree of conflict has been on the rise due to high rise in human population in the past several centuries.

Apart from the above, there are other causes of threat to biodiversity. Factors such as climate change, invasion of non-native species also add to biodiversity losses in some or the other.