With exponential growth in human population and consequential destruction of natural vegetation and habitats of other living beings for urbanization, industrialization in both developed and developing countries, there is large scale deforestation in tropical and subtropical countries in the world.

Deforestation simply refers to cutting down of trees and the destruction of natural vegetation in an aggressive way. 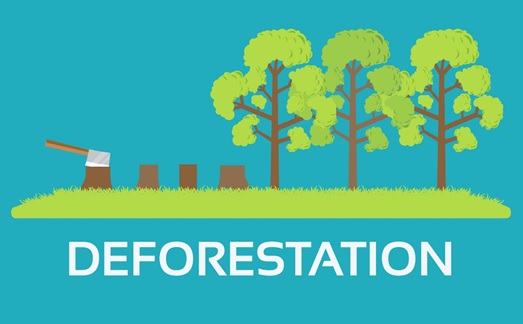 The following factors are responsible for deforestation −

Desertification is defined by the UN Convention to Combat Desertification (CCD) 1995 as land degradation in arid, semi-arid, and dry-sub-humid areas resulting from various factors including climate variation and human activities.

The problem of desertification is common to the susceptible dry-lands, with land degradation such as soil erosion, internal soil changes, depletion of groundwater reserves, and irreversible changes to vegetation communities.