In the previous chapters, we have learnt about the environment, ecosystem, natural resources, biodiversity and its importance for the living world, especially for mankind. We have also learnt how environmental problems such as pollution and climate change affect and threaten our survival. There is a need for knowing the legal and constitutional provisions for protecting and nurturing the nature. In this chapter, we will learn about such provisions and acts.

It has always been the desire of man to have clean air, clean water and environment free of toxins and pollutants. In the first half of the last century, there were few legal and constitutional mechanisms in place to protect the environment and the natural resources found in a country. 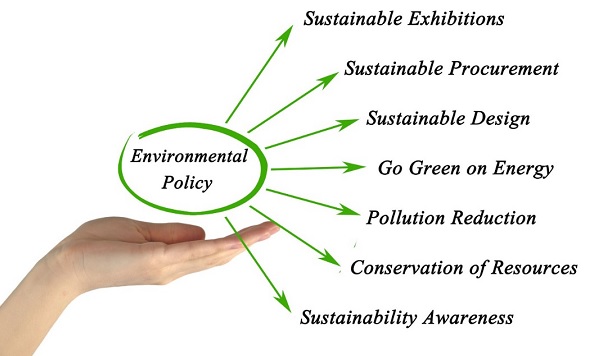 Increasing pollution and mounting pressure on air, water and land quality led to environmental legislations being designed to protect the environment from harmful actions. Due to the current state of the environment, policy makers in every country need to place a top priority on environmental policy.

Natural resources, both renewable and non-renewable and wildlife are continuously being under threat. It is estimated that considering the present rate of exploitation of such resources we are going to be devoid of many important resources in near future. Unless we take care of them and resort to a sustainable use, we will make our posterity live without resources. Hence, there is a need for environmental policies and legislations.

Policy refers to a set of principles or plans agreed upon by a government or an organization to be carried out in a particular situation. Environmental policy is defined as “any action deliberately taken to manage human activities with a view to prevent, reduce, or mitigate harmful effects on nature and natural resources, and to ensure that man-made changes to the environment do not have harmful effects on human or the environment”.

What is an Environmental Legislation?

Environmental legislation is a set of laws and regulations which aim at protecting the environment from harmful actions.

Legislation may take many forms, including regulation of emissions that may lead to environmental pollution, taxation of environment- and health-damaging activities, and establishing the legal framework for trading schemes, for example, carbon emissions. Other actions may rely on voluntary agreements. Among major current legislative frameworks are those relating to environmental permitting, and those mandating environment and health impact assessments.

Most of the countries in the world have enacted Environmental Protection Acts considering the need for the protection of our environment.

There are a number of environmental acts enacted in India. Some of the important legislations in this respect are −

Environmental Protection Act, 1986, was a statutory response that came into effect a year after the tragic Bhopal Gas Tragedy and is considered an umbrella legislation as it addresses many loopholes in the existing environmental laws. It was enacted as per the spirit of the Stockholm Conference held in June 1972 to take suitable measures for the protection and reinvigoration of environment and related matters.

The Environment (Protection) Act is applicable to whole of India including Jammu & Kashmir. It came into force on November 19, 1986. EPA 1986 was enacted largely to implement the decisions made at the UN Conference on Human Environment held at Stockholm in June, 1972.

It was to co-ordinate the activities of the various regulatory agencies under the existing laws. It also seeks collection and dissemination of information on environmental pollution.

A lot have been done to protect and improve the environment world over. However much remains to be done for building a sustainable society. New mechanisms are being put in place to expedite the process of protecting and improving the environment. For example, new institutions — the National Environment Management Authority (NEMA) and the State Environment Management Authorities (SEMA) — in India have been proposed as full-time technical organizations with the capacity to process all environmental clearance applications in a time-bound manner.