Every day, every moment, we breathe polluted air and may become a victim of air pollution. It is estimated that an average adult exchanges 15 kg of air a day, in comparison to about 1.5 kg of the food consumed and 2.5 kg of water intake. It is obvious that the quantum of pollutants that enter our body through respiration would be manifold in comparison to those taken in through polluted water or contaminated food. 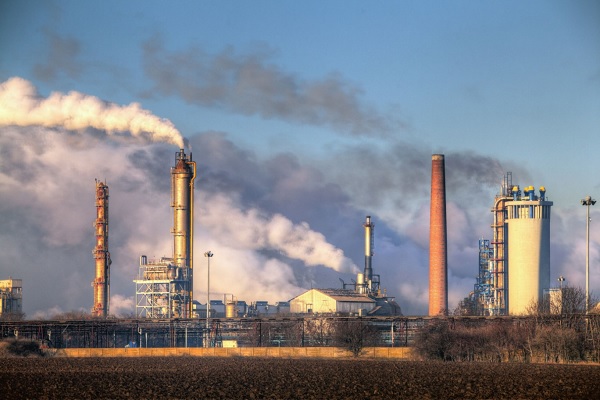 Air pollution is one of the most widespread forms of pollution all over the world. Wind is the main agent of air pollution. It gathers and moves pollutants from one area to another, sometimes reducing the concentration of pollutants in one location, while increasing it in another.

Apart from the natural causes of pollutants, as stated above, human interaction and resource utilization is perhaps adding more pollutants to the atmosphere.

The adverse effects of air pollution appear in the form of poor quality of air, acidic precipitation (rain, snow and hail) and deposition, and other health hazards.

Air pollution has harmful effects on natural vegetation and human health such as respiratory illnesses. Acidic precipitation is highly fatal for aquatic flora and fauna, monuments, and also for natural vegetation.

Air pollution control is an onerous task as there are large number of pollutants involved in air pollution. Some of these are even difficult to detect. However, there can be some basic approaches to control air pollution. They are as follows.

It is well said that prevention is better than cure. We can prevent pollutants of air from being produced by various ways. For instance, by changing raw materials used in industry or the ingredient of fuel from conventional to non-conventional sources of energy; by maintenance of vehicles and roads and efficient transport system; by reduction in garbage burning and shifting cultivation areas; afforestation, etc.

We can prevent air pollution by raising the heights of smokestacks in industries so as to release the pollutants high into the atmosphere.

Air pollution can be controlled by designing the equipment and machinery to trap pollutants before they escape into the atmosphere. To meet the standards, automobile engines have been re-designed and new cars have been equipped with devices such as the catalytic converter, which changes the pollutants into harmless substances. Because of these new devices, air pollution from car exhaust has also been reduced.

There have been many initiatives in different countries for making laws, setting standards and norms to check air pollution and ensure quality air. All the highly industrialized countries of the world have certain legislations to prevent and control air pollution. As pollutants of air are carried by the wind from one country to another for thousands of miles, there should be global initiatives agreed upon by all countries to save the earth from the menace of air pollution.