Suppose an observation has been made of a person with Parkinson's Disease, and certain involuntary movements have been observed which seem to have no explainable cause. In that case, it is most likely a result of the medication. To shed light on this observation, the following piece is instrumental. 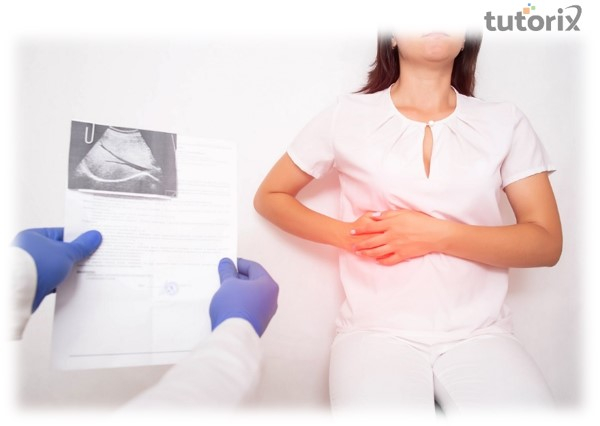 Involuntary, unpredictable, undulating motions of the face, arms, legs, or trunk are known as dyskinesias. They frequently have a fluid, dance−like quality but can also result in quick jerks or prolonged, sluggish muscular spasms. They are side effects of some Parkinson's drugs. Levodopa is the most frequently recommended medication for Parkinson's disease (PD), and dyskinesias typically appear after a few years of treatment.

Dyskinesias can range from moderate to severe. Dyskinesias, however, can be so severe for certain people that they impair daily activities. Between mild to severe, dyskinesia can occasionally make it difficult to carry out regular everyday tasks. The frequency and the day that it happens can also vary. Movement disorders and other illnesses besides Parkinson's can also cause dyskinesia.

There are various movements, and each person with Parkinson's may experience them at different times or less frequently. For most of the day, dyskinesia can affect some people, and some people might only have it after ingesting their prescription or before the next dose is scheduled.

Motor Functions and Wearing Off

A motor fluctuation is when our movement symptoms change from being well under our control to being less under our control. This transformation may occur gradually or suddenly. Although they can occur at other times, motor fluctuations typically occur when levodopa starts to wear off. When a drug is about to be administered, symptoms may return because they are "wearing off." This typically occurs at the end of a dose of medication or the start of the subsequent dose. It suggests that the medicine needs to be evaluated because it is not performing well. It is sometimes referred to as "switching off" or "on/off" when the effects wear off quickly. When a person is "on," their symptoms are under control and seem at their strongest. When someone is "off," Parkinson's symptoms recur and have a greater impact. Some individuals have compared this to turning on and off a light switch or yo−yo−ing up and down.

Peak Dose Dyskinesia − Peak dosage dyskinesias are the most prevalent type. These happen one to two hours after taking levodopa when the amount of the drug in the blood is at its maximum. This usually coincides with the times when the drugs are most effective at reducing motor symptoms. These extra movements are typically not uncomfortable in the early stages of Parkinson's and are thus unnoticeable.

Diphasic Dyskinesia − Dyskinesias can occasionally happen at the beginning of the "on" phase and again at the start to turn "off," as opposed to at the highest dose. Diphasic dyskinesia, also referred to as the D−I−D syndrome, is this condition, and it is linked to relatively low levodopa doses and typically improves with greater doses.

Chorea − These are jerky movements repeated continuously, with each movement being abrupt and the subsequent posture being retained for a short period. Usually, the head, face, or limbs are affected, and the focus could shift randomly from one body part to another. Chorea may be brought on by unfavorable drug side effects, particularly those from Parkinson's, epilepsy, and schizophrenia drugs.

Dystonia − Dystonia is a persistent muscle contraction that frequently results in aberrant postures or repetitive twisting movements. It is a variable ailment that frequently varies in intensity according to the stance taken and the voluntary movement of the affected body part. Since no tests are available and the diagnosis is clinical, a professional opinion should be obtained.

Myoclonus − These are frequent repeating fast muscular jerks that seriously impair function. Their appearance includes the body being affected by benign essential myoclonus, which can occur up to 50 times per minute, progressive myoclonic encephalopathies in conjunction with various neurological conditions, cerebral anoxia, and Lance−Adams syndrome. Myoclonic epilepsies, such as focal myoclonus, affect only a certain portion of the body (e.g., hemifacial spasm, mainly affecting older women).

Tremor − This is a bodily portion moving rhythmically. The two most prevalent types of tremors are essential and Parkinsonian. The pathological tremor comes in three different forms −

The drug levodopa manages Parkinson's disease. Levodopa mimics the effects of dopamine, and it occasionally creates conditions in which there is either too much or not enough dopamine in the body. The uncontrollable motions may result from this. The medicine also causes a kind of dyskinesia known as tardive dyskinesia (TD). However, this word is used in the context of drugs taken to treat mental health disorders (such as depression and schizophrenia). TD often disappears once a person quits using that medicine, but it can occasionally continue for several years.

Levodopa use frequently results in dyskinesia; for people with Parkinson's disease and other illnesses characterized by low levels of dopamine, levodopa substitutes for dopamine. Levodopa, however, causes a spike in dopamine levels, which then decline when it wears off. The compulsive movements of dyskinesia are thought to be caused by these changes in dopamine levels.

Different people experience dyskinesia in different ways. When the head, arm, or leg is moved slightly, they can be mild. These can also be severe, causing the entire body to move against its will. The following examples of dyskinesia symptoms are fidgeting, wriggling, body swaying, head bobbing, twitching, and restlessness. However, the underlying cause may affect exactly how the uncontrollable motions manifest. For instance, the signs of tardive dyskinesia frequently include jerky movements of the lips, tongue, or jaw; quick blinking; wriggling of the arms or hands; jutting out of the tongue; and, in more severe cases, swaying of the hips or torso and respiratory issues in extreme cases.

The course of treatment varies from patient to patient when dyskinesia results from taking levodopa. Some possible treatments include taking levodopa in a continuous infusion or an extended−release formulation, taking amantadine extended−release (Gocovri), which has been approved for treating dyskinesia levodopa in smaller doses more frequently, and taking Duodopa. This drug helps stabilize the portion of dopamine in the blood, which may help with smoother motor functions or undergoing deep−brain stimulation.

Levodopa users with Parkinson's disease who have been taking the drug for a long time frequently experience dyskinesia. It can also manifest in those taking antipsychotic drugs; however, in this case, it is more often known as tardive dyskinesia. Levodopa is a very effective medication for Parkinson's disease; thus, most patients find it impossible to stop taking it. Because of this, it is crucial to discuss the various management options for dyskinesia, should it arise during your treatment. There are numerous ways to treat dyskinesia, and novel treatments are being created.