The .NET Core has decided to drop project.json and go back to MSBuild and *.csproj. This is something that’s already happened in the just released .Net Core 2.0 preview1 tooling. This is fairly disappointing, because the project.json was a breath of fresh air. However, it is understandable and have many advantages as well.

Let us now discuss the advantages that the change brings in −

Following are the changes in MSBuild and *.csproj −

To see all the files created within this project, run the dir command. 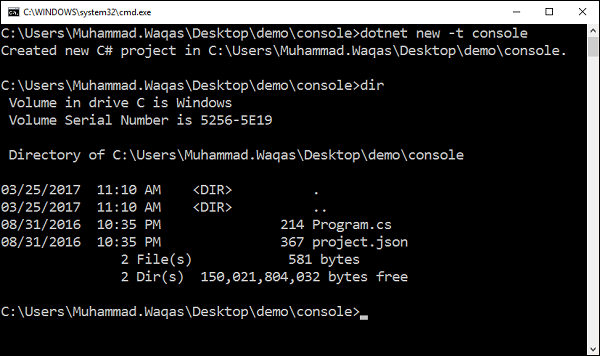 You can see that two files are created, Program.cs and project.json file.

To see all the files created within this project, run the dir command. You can see that three files are created, Program.cs, NuGet.config and MSBuild.csproj instead of the project.json file. 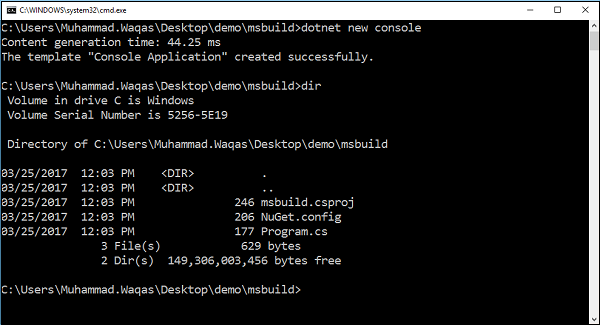 Let us now compare project.json and MSBuild.csproj files side by side. 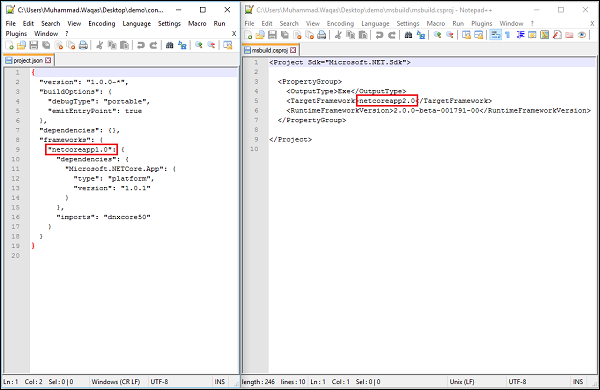 To the left, we have the file in json format while on the right, the file is in XML format. You can see that in the project.json file, inside the dependencies section, there is netcoreapp1.0, while in MSBuild.csproj file, you will see the netcoreapp2.0.