In this chapter, we will discuss how to create a Testing project using .NET Core. Unit testing is a development process for the software that has the smallest testable parts of an application, which are called units. They are individually and independently scrutinized for any proper operation. Unit testing is can either be automated or done manually as well. 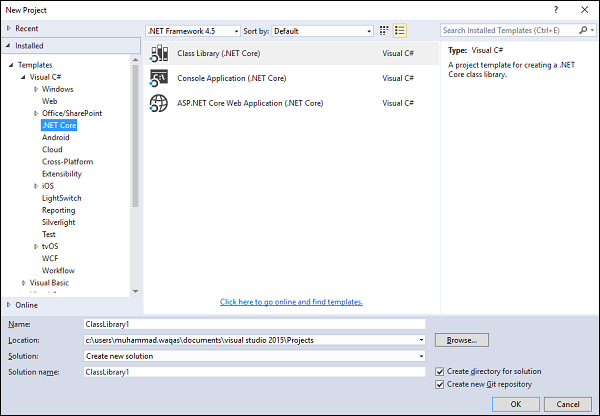 On this dialog box, you can see that there is no project template for unit testing. To create a unit test project, we should use the command line utility. Let us go to the Solution folder that we created; create a test folder and inside the test folder create another folder and call it StringLibraryTests. 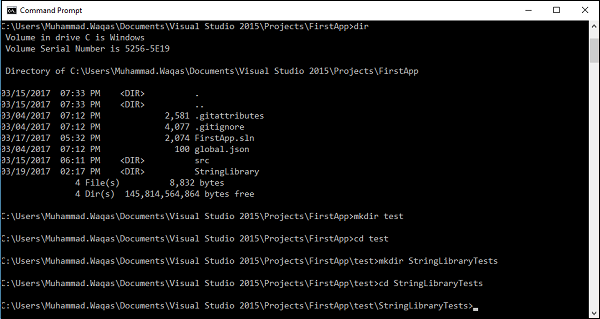 You can now see that a new C# project is created; let us look into the folder by executing the v command and you will see project.json and Tests.cs files as shown below.

Here is the code in project.json file.

Following is the code in the Test.cs file.

To fetch the necessary dependencies from NuGet, let us execute the following command −

We can run the test when the necessary dependencies are restored.

You can see that the compilation succeeded; as you go down you can see some information about the test executed.

Currently we have 1 test executed, 0 error, 0 failed, 0 skipped and the time taken by the execution process also mentioned as information.