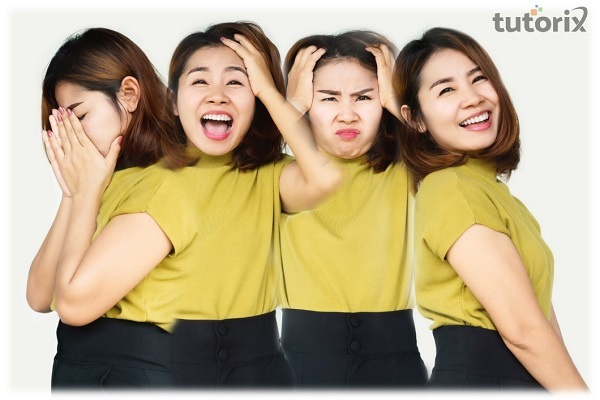 What is the Meaning of Dissociative Identity Disorder (DID)?

Formerly known as multiple personality disorder (MPD), dissociative identity disorder is a mental issue in which at least two separate, permanent personality states must be maintained with different credentials.

Memory lapses that are not consistent with common memory problems are a symptom of the disorder. At least two unique and different personalities must exist within an individual. Only one person's many personalities (alters), each with its memories, habits, and life preferences, are ever visible at once.

DSM 5 lists the following criteria of dissociative identity disorder (DID):

Diagnosing DID and its Clinical Manifestations:

Many mental health professionals have disputed the DID diagnosis for years, attributing it to misdiagnosis, social contagion, or plain old hypnotic suggestion. As a result, most DID, a small number, exclusively make diagnoses of highly qualified psychiatrists. Thus, the ambiguous presentation of dissociative identity disorder (DID) can make it difficult to diagnose because many of its symptoms might be mistaken for those of other medical or mental conditions, such as post-traumatic stress disorder (PTSD), borderline personality disorder (BPD), schizophrenia, substance use disorder or seizure disorders.

Apart from the DSM 5 criteria, the symptomatology often includes the following clinical manifestations:

Infrequent and rare clinical manifestations of Dissociative Identity Disorder (DID):

Etiology of Dissociative Identity Disorder (DID)

Dissociative identity disorder (DID) is a chronic post-traumatic condition with central and typical etiological components, including developmental stressors in childhood such as abuse, emotional neglect, dysfunctional attachment styles, and boundary violations. Family, societal, and cultural variables may contribute to the trauma and impact how DID manifests.

Memory and self-identity development are cognitive processes markedly and centrally appear disturbed in DID and are associated with its genesis. Through persistent psychological mode decoupling, which may also result in separate self-experiences, inter-identity amnesia may arise. The divide between storing experienced experiences (i.e., how the human memory system works) and acknowledging ownership of those events as a part of the autobiographical experience is thus linked to the apparent etiological aspect of dissociative identities (i.e., self-referencing the events). In other words, there is no longer a link between memory and self-awareness.

As per research, there are neurobiological differences between dissociative identities among DID patients and between DID patients and controls. Increased cerebral blood flow was seen in the amygdala, insular cortex, somatosensory areas in the parietal cortex, the basal ganglia, as well as in the occipital and frontal regions and anterior cingulate in a dissociative identity centered on painful memories and defensive operations.

The most effective treatment approach for DID is psychotherapy. Although it cannot be cured completely, medications including antidepressants, anti-anxiety medications or antipsychotic drugs can be given to alleviate depression or anxiety related symptoms in DID. Individual, group, or family therapy is beneficial for those with DID. Therapy particularly focuses on:

DID is a chronic illness and unfortunately, it does not have a cure. However, most people live their entire lives managing the disorder and a combination of therapeutic approaches along with medication can reduce the symptoms. DID cannot be prevented, either. However, early detection and medical attention might help control the symptoms. Parents, caregivers, and educators should watch out for warning indications in young children. Early intervention following instances of abuse or trauma may be a preventive factor for the progression of DID. Additionally, living with DID can be made easier to handle if the individuals have adequate social support.