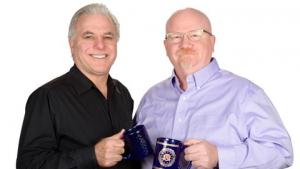 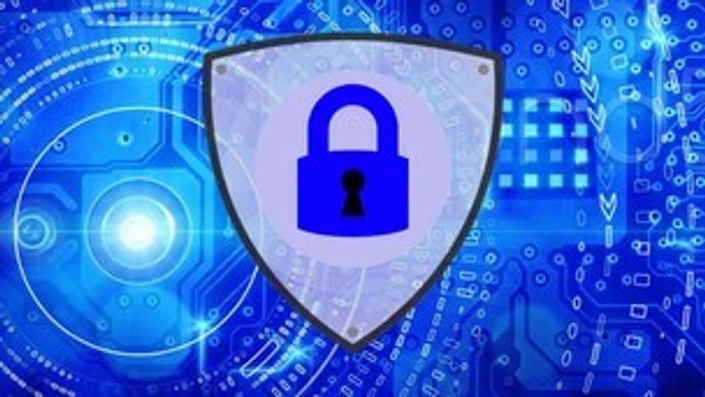 Security is a significant worry for anyone working in IT these days. While there are numerous strategies for safeguarding your data, encryption is one component of protection that every computer user should know. One of the cyber security topics is encryption, which is always in the news, and it's often criticized for disguising terrorist operations by political actors. Anyone with a basic understanding of the various forms of encryptions may believe that this remarkable technology, which is at the heart of internet security and privacy, is being misused.

What Is an Encryption Algorithm?

A component of electronic data transfer security is an encryption technique. When constructing algorithms for encryption, actual mathematical steps are taken and registered, and various block ciphers are utilized to encrypt electronic data or numbers.

Data fraud, such as that committed by hackers who illegally gain electronic financial information, is prevented by encryption methods. These algorithms are commonly found in software programs and are part of any company's risk management measures.

Encryption algorithms aid in converting plain text to encrypted text and back to plain text to safeguard electronic data during transmission over networks. Hackers and other unauthorized users are generally unable to access material that has been coded or encrypted. While some encryption algorithms are deemed faster than others, this sort of encryption should continue to thrive as hackers get more skilled as long as algorithm creators, many of whom have math backgrounds, stay on top of improvements in the technology.

RSA was one of the first encryption algorithms created, and it is still commonly used for digital signatures and public-key encryption. Although the length of encryption techniques varies, the strength of an algorithm is usually related to its length.

What is the difference between the two types of data encryption techniques?

What Does Symmetric Encryption Mean and How Does It Work?

The sender and receiver must both have access to the same key in this approach, and the secret key algorithm is also known as private-key cryptography. As a result, the recipient must have the key to decode the message. This method works well with closed systems with a low risk of third-party intrusion. On the other side, symmetric encryption is quicker than asymmetric encryption. On the downside, both parties must verify that the key is kept securely and is only available to the program that needs it.

Asymmetric Encryption: What Is It and How Does It Work?

This technology, also known as public-key cryptography, encrypts data using two keys: a public and a private key that are mathematically connected. The encryption key is one, while the decryption key is the other, though it doesn't matter which comes first. A public key, just like the name says, is freely available to everybody, whereas the private key is only available to the intended receivers and is used to decode messages. Both keys are huge numbers that aren't identical but are coupled with one another, hence the "asymmetric" aspect.

Algorithms for the strongest data encryption

The following are the top five most widely used encryption algorithms −

Once widely utilized, the Triple-DES method was created to replace the Data Encryption Standard (DES) algorithm. Hackers repeatedly exploited the flaws of this symmetric-key data encryption technology, rendering it obsolete. Triple DES was successful, and it quickly became the industry's most extensively used symmetric algorithm. The technique employs a 56-bit individual key, resulting in a total key length of 168 bits. However, because it is sequential encryption, there is a middle-level vulnerability that reduces the level of protection to that of a 112-bit key.

Due to its complexity, Triple DES encryption is slower. Still, its effectiveness is adequate to keep it on the list of acceptable data encryption methods until 2030. Its dependability is also being phased out and used as a hardware encryption solution in financial services and other areas.

The Rivest-Sharmir-Adleman (RSA) algorithm, named after its founders, has become the industry standard for public-key encryption. It's asymmetric because it encrypts data sent and received with a public and private key. Its scrambling level takes much too long for any attackers to crack, ensuring that communication is safe.

By multiplying the enormous number and establishing a modulus, the keys for the RSA algorithms are obtained. Because of the high numbers involved, RSA is significantly safer than DES. While Triple- DES uses keys that are 112 bits long, RSA uses 1024 to 2048 bits long. The government and the IT industry, on the other hand, propose 2048-bit keys.

Blowfish is a symmetrical encryption algorithm comparable to DES recognized for its speed. It's a strong contender as a replacement for both DES and RSA. The algorithm divides the data into 64-bit chunks and encrypts each one separately. The keys can be anything from 32 and 448 bits in length, and the encryption has never been broken. The fact that the algorithm is not copyrighted and is freely available in the public domain adds to its appeal. Many businesses, including software and e-commerce platforms, utilize it to protect payments and manage passwords.

Twofish is the successor to Blowfish, and it is also a popular symmetric encryption algorithm. Twofish, like its predecessor, uses block encrypting and divides the data into 128-bit blocks, with the key applied to all of them at the same time. The encryption key can be up to 256 bits long. It is commonly employed on devices with limited computing resources, as brute-forcing, the Twofish encrypted message is considered unfeasible.

The United States government and other organizations utilize the Advanced Encryption Standard (AES). It uses 192 and 256-bit keys for powerful encryption and is incredibly efficient in its simple 128-bit form. AES is more effective because it uses longer and more complex keys than its predecessors, such as Triple DES. The decryption is quick, and it can be used in firewalls, routers, and other encryption-related applications. It is thought to be immune to all attacks except brute force, attempting to break all 128, 192, or 256-bit encryptions. It is expected to become the industry standard shortly.

Why is it required to encrypt data?

Encryption ensures that only the intended recipient or the rightful data owner may read messages or data at rest. This protects sensitive data from being intercepted and read by attackers, ad networks, Internet service providers, and, in some situations, governments.