The most well-known women's attires are lehenga and ghagra. A lehenga is a type of skirt that extends up to the ankle. It is the most famous attire of the Indian subcontinent. Ghagra, often referred to as "Ghagra choli", is the most popular ethnic wear in the Indian sub-continent. These two cultural ethnics are often very expensive when it comes to the economy. This is fitted from the waist to the knees, and there a curtain-like flare falls down from the knees. This ghagra actually means a long pleated skirt worn by Indian women, whereas a lehenga is a long shirt which is often embroidered with beads, small mirrors, and other small ornaments.

A lehenga is a three-piece attire. Those three pieces are, namely, the lehenga, choli, and dupatta. As said, a lehenga is a long skirt, a choli is a blouse that is covered with attractive embroidery, and a dupatta is a long piece of cloth usually used to cover the upper portion of a woman’s body.

This fashion trend has been updated over time. You can see this trend in most Indian films. You can also witness this trend in weddings and traditional events. 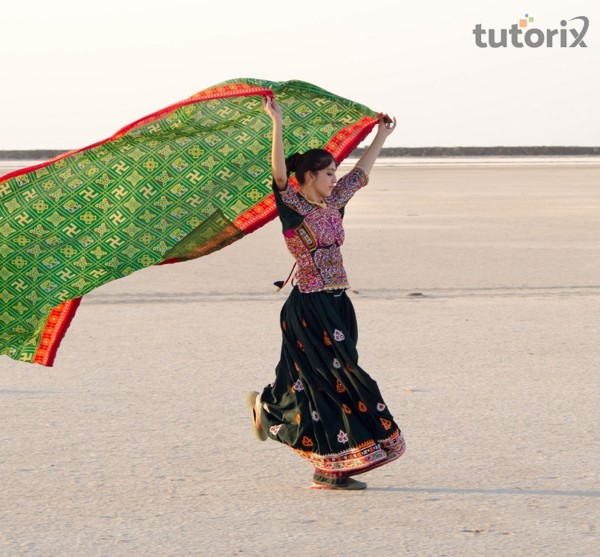 This tradition has its roots in the Antariya. Women in Rajasthan, Gujarat, and Madhya Pradesh practise this tradition the most. In this, the most commonly used fabrics are cotton, silk, khadi, georgette, etc. Among these, silk and cotton are the most favoured materials. Along with India, this ghagra is popular in foreign countries for its most elegant look. Most of the students’ wear this during their professional events as well. Usually, a ghagra is made with 19 metres of fabric.

Differences Between Lehenga and Ghagra

The given table illustrates the major differences between lehenga and ghagra:

If you can see the differences, the lehenga trend is derived from the queens of the Mughal dynasty, and from there onwards, it has passed to subsequent generations. Whereas the ladies of Rajasthan, Gujarat, and so-called Madhya Pradesh are the originators of the ghagra trend. These lehengas are form-fitted, which means they are skin-fitted and form a tight attire, whereas these ghagra cholis are loose-fitted, which means they can be worn by anyone. Continuing to the main point, the choli of a lehenga is usually shorter than the choli of a ghagra, which differentiates between the two, and the dupatta of lehenga is usually longer than the dupatta of a ghagra. Basically, a lehenga gives you a royal look, whereas this ghagra choli gives you the best traditional look.

As discussed, both the lehenga and ghagra are the best attire for a woman. Both of them look similar in many ways, but they follow different fashion trends. Right from the choli, the dupatta and the respective skirts, every aspect of them has some difference. These attires represent the ancient culture of India, the royal life of our kings and queens.