Concept of Self in Different Tradition

Concept of Self in Different Tradition

Self! How often do we use or think of words related to self? Self is a continuous ongoing phenomenon while it is also a concept. We feel what self is but often find it difficult to express. We know ourselves in many ways but do not in many other ways. In a psychologist's explanation, the self is a concept revolving around the individual. It is one's perception of self as an object, experience of self, how others see oneself, and what one is and is not. Simply put, the self is whatever data one has about oneself in mind. This self has been defined and conceptualized in different ways, not just by different psychologists and schools of thought within psychology but also by different traditions worldwide and at different times. The upcoming sections will explore different ways of understanding self and traditions. 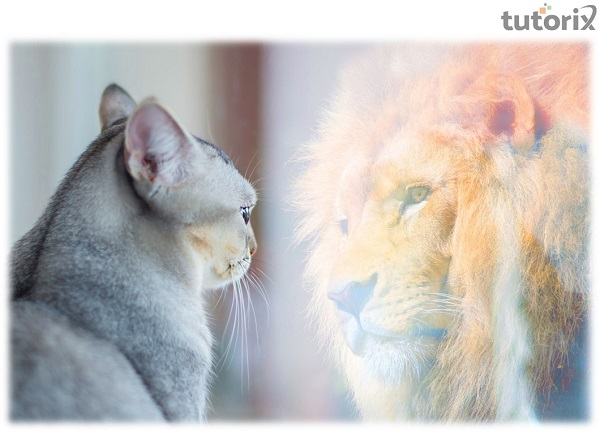 Self in Culture Taxonomy

Culture is a collection of norms, beliefs, practices, relationships, attitudes, and values that a group communicates and shares, usually called a society. Researchers have tried to classify cultures since early times, and this classification can indeed be used to understand how the notion of 'self' differs in different traditions. These differences have been discussed below based on the cultural taxonomy of Hofstede.

Beyond the basic social taxonomy, cultures and society directly affect the development of an individual's self. The awareness of self is built based on self-perception, others' perceptions, and interaction with others. Further, a type of self, i.e., societal or collective, is built around one's interaction with people around him.

Building of Self in a Religious Tradition

Self can also differ based on whether the tradition is religious or not. Religious traditions put much emphasis on a higher power, 'GOD,' or even on spirituality. This emphasis and teaching of religion influence one's perception and development of self. For example, a person with a Hindu upbringing will idealize a Hindi God like 'Shiva' while building his ideal self and learning to scrutinize himself based on the teachings of the religion. These teachings will tell him if he is right or wrong and will thus build his self-esteem and self-image.

On the other hand, a Christian may idealize Jesus to form his ideal self and build his self-image and esteem based on whether he can work according to Jesus's teachings. Further, society also plays an important role here, a society that is traditionally religious society will somehow pressure its dwellers to be religious, and those who are deviant will be scrutinized. The resultant interaction with society will then certainly affect one's self-concept.

Can traditions be embedded in socioeconomic status and rural-urban affect self?

Self may also differ across different socioeconomic traditions. The tradition, norms, and even, as a matter of fact, the people in an elite culture or class are very different from a poor society. The development of self-concept may thus be very different in the traditions. How people see themselves in both society as well as in the presence of the people of other societies may differ. For example, an individual from poor socioeconomic status may feel diminished self-esteem in the presence of an individual with better economic status. Further, the difference may also exist in urban and rural societies. Urban societies are more industrialized and have nuclear families; therefore, their self is more individualistic than rural societies, where the collectivist self exists.

Self in the Context of Changing Traditions

Interestingly, the notion of self within a single tradition has also changed over time. Industrialization, globalization, and development have changed the nature of society and the ideal self. For example, in developing countries like India, unlike earlier when they had a traditional self, now they are moving towards westernized culture and aligning with the 'American dream,' which is also affecting their ideal self. Over time, changes in occupation and traditions have also affected the self-concept within societies like India. Many communities discriminated against earlier are less prejudiced, influencing their interaction with society and self-concept.

Overall, the self is a very significant construct, not only for an individual but also for society. It is affected by many actors, one of which is culture and tradition. Not only do different cultures have different effects on self but also socio-economics traditions and rural-urban traditions. Further, these traditions and societies have changed throughout history, thereby impacting people's self-concept over time. These factors can thus easily account for differences in self-concept observed across countries like India, the USA, China, Japan, the UK, and Russia.