Fashion, at one point in time, was a personal choice and creativity, but no longer limited to in-house affairs. In the present world, it is a billion-dollar industry and its market is expanding exponentially. Everyone seeks designers’ dresses and trendy dresses. In the course of such development, the garment industry started dumping unmanageable waste of garments, including the raw fibers, raw fabrics, and used garments. Dumping of garments in such a huge amount causing pollution and damaging the environment directly and indirectly. However, in order to curb such a huge amount of garment garbage, a few people started a culture of clothing swapping on the concept of triple "R" or "R3," which means, Reduce, Reuse, and Recycle. 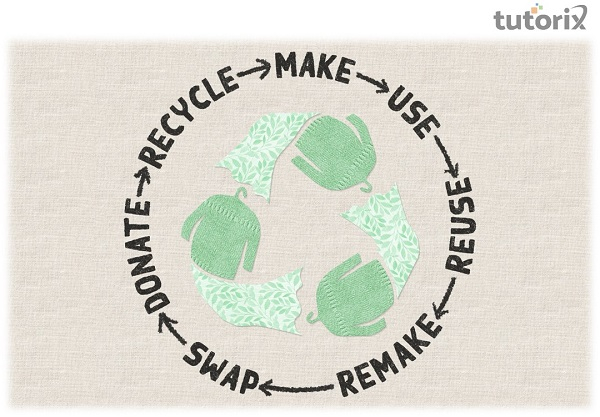 What is the Meaning of R3?

Reduce, Reuse, and Recycle is an eco-friendly movement in which there is the least chance of leaving waste. The meaning of the first ‘R,’ which stands for 'reduce,’ is that one should limit oneself from excessive or unnecessary purchasing; whatever the need is, buy only those materials and only in the required amount. Secondly, the meaning of the second ‘R,’ which stands for "reuse," is that one should try to use every item as many times as possible before throwing it away or dumping it. Thirdly, the meaning of the third 'R', which stands for 'recycle,’ is that instead of dumping or throwing it away in a garbage box, one should handover to such people or place where it can be used for a new purpose before it finally arrives at its ‘end-of-use’ stage. Likewise, "clothing swap" works on the concept of reuse.

What is the Meaning of Clothing Swap?

Clothing swap is a new practice under which the "reuse" strategy is applied. People with surplus, unused, or leftover clothing and garments meet at a market place, which is also known as a "swapmeet." Here, in this place, they exchange their valued garments and dresses, but it is being done largely for the high-end and expensive fashion garments. Because of such a noble practice, clothing swaps are believed to be a good way to refill one’s wardrobe. Clothing ranging from vintage fashion to luxurious fashion is exchanged between the individuals. So, such clothing swap meetings work on a concept of "new-to-him/her." In the present era, the practise of clothing swap is becoming more and more popular, and it has started "online" as well. 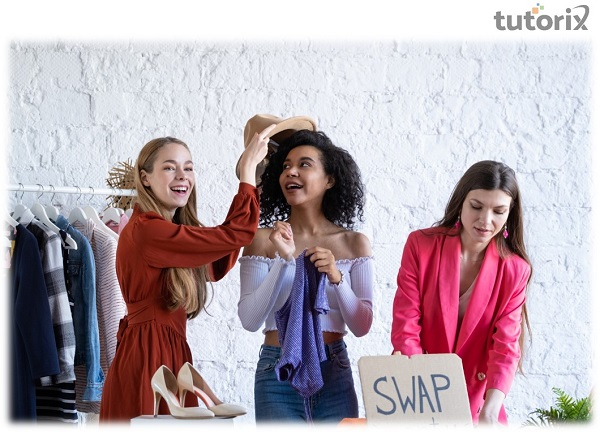 In addition to this, many people also consider it as an act of environmentalism, as it helps in protecting the environment. Because of this act, people neither buy new garments nor dump or throw them as garbage, eventually putting an additional burden on the environment. Interestingly, clothing swapping taught people the distinction between 'end-of-use' and 'end-of-life.' So, clothing swaps work on the concept of "end-of-use." Likewise, the garment that was once used by a person will now be new to some other person.

The concept of clothing swap is originated in San Francisco, California, the United States in 1994. Suzanne Agasi of ClothingSwap.com conceptualized an idea and then materialised it by hosting an event where clothing swap is promoted. After this event, she has personally hosted more than 300 events with the underline theme of promoting green glamour, sharing and enhancing and refreshing each other’s wardrobe.

Though the concept of clothing swap is, of course, noble and beneficial, but still, it has certain limitations. Many people believe that second-hand clothing is against their status; therefore, they always prefer new garments. Another issue that is noticed while clothing swapping is the quality of the clothing; how old it is, how durable it is, if the colour has faded, and so on. So, because of the deterioration of quality, some people whose garments are in good condition, do not want to exchange with the bad one.

Instead of throwing away valuable clothes, clothes swapping is unquestionably, one of the most environment friendly idea to reduce waste by reusing and recycling methods. By participating in this movement, we can definitely decrease the increasing accumulation of toxic chemicals in the environment and update the wardrobe without spending a single penny.