People are quite innovative as well as experimental, as they always keep trying something new. Electronic textiles, or simply e-textiles, are also one such experiment in which some devices are being attached to dress. However, the concept of e-textiles is not limited only to garments, but also applies to interior designs.

What is the Meaning of E-textiles? 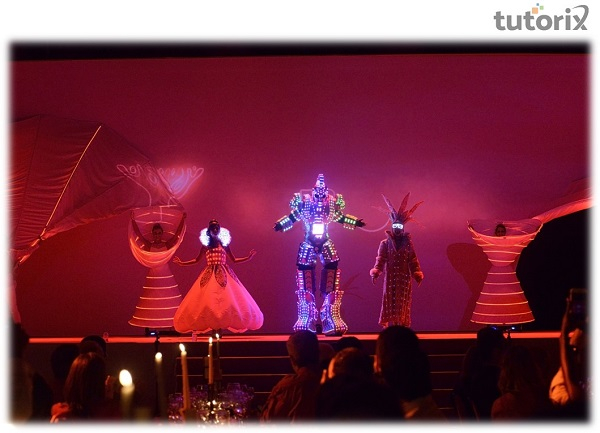 In this technologically advanced world, where everything is being made smart, such as smart phones, smart TVs, and even smart homes, smart textiles are also being experimented with, but e-textiles cannot be confused with smart textiles, as it is the advanced version of e-textiles. Smart textiles are fabrics that have been developed with new technologies that provide additional value in terms of appearance as well as quality. In addition to this, electronic textiles are different from wearable computing fabrics because emphasis is given to the seamless integration of textiles with electronic elements like microcontrollers, sensors, and actuators.

Such a type of experiment with garments is not new, but rather started about 1000 years ago with the invention of metals and other such elements. The basic materials used to transform textiles into e-textiles are conductive threads and some other power points, such as batteries and lights. In some evidence, it is found that some fabrics are wrapped with fine metal foils. These metal foils, which were wrapped around the fabric, are largely made of gold and silver. In particular, queens' dresses (gowns) were embroidered with gold-wrapped threads.

By end of the 19th century, electronic technology had developed to the next level, as people became accustomed to electric appliances. As a result of this, designers and engineers experimented with combining electricity with clothing and jewelry. Surprisingly, they developed a series of illuminated and motorized hats, brooches, necklaces, and costumes. One of the best examples of this experiment was, by the end of the 1800s, to make the cocktail parties thrilling, from the Electric Girl Lighting Company, the organizers could hire young women clad in light-studded evening gowns. These electric women used to be main attraction of the party.

In 1985, Harry Wainwright created the first fully animated sweatshirt. This shirt is made up of fiber optics, leads, and a microprocessor to control individual frames of animation. The experiment was pretty exciting, as the result was a full-color cartoon displayed on the surface of the shirt. Wainwright did not stop here, and in 1995, he invented the first machine enabling fiber optics to be machined into fabrics. This experiment was appreciated by thousands of people, as it was demanded by many people. Therefore, to manufacture enough for mass markets, some skilled workers were required; so, in 1997, he hired a German machine designer, Herbert Selbach to produce the world's first CNC machine able to automatically implant fiber optics into any flexible material. In addition to this, some of the fashion houses, such as CuteCircuit are applying e-textiles to their haute couture collections and special projects. Surprisingly, CuteCircuit's Hug Shirt enables its users to send electronic hugs through sensors within the garment.

Broadly, e-textiles are categorized into the following two categories:

Along with their fashionable purpose, e-textiles have many helpful uses, such as:

In the present world, e-textiles are not only an electronically designed fashion item, which is made for entertainment purposes, but they are very helpful in day-to-day life. It is capable of saving human beings from accidents and other such uncertainties.