The inability to coordinate muscle movement properly characterizes ataxia and the movements affected by ataxia are ungainly or clumsy because of difficulties in muscular coordination.

In the medical community, neurological illnesses are classified as conditions affecting the brain, the spinal cord, and the body's other nerves. Variable symptoms may result from structural, metabolic, or electrical problems in the brain, vertebral column, or other nerves. 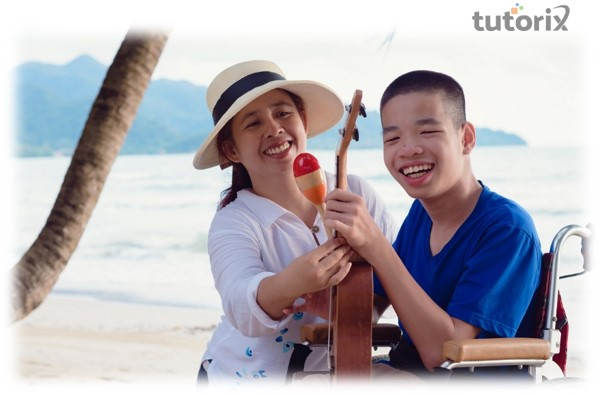 The inability to coordinate muscle movement properly characterizes ataxia, which results in clumsy, involuntary movement. Walking, balancing, hand−eye coordination, speech, swallowing, and eye movements may all be negatively affected. To cause ataxia, harm must be done to the cerebellum or the connections between the two. Ataxia can be caused by various factors, such as alcoholism, stroke, tumors, brain degeneration, MS, certain medications, genetic disorders, and more. If one knows what caused one's ataxia, one can treat it more effectively. It is possible that mobility aids like walkers and canes could play a role in allowing people to continue living independently. Aerobic exercise regularly, along with other forms of therapy like physiotherapy, otology, and speech, if necessary.

What are the Symptoms of Ataxia?

Ataxia can come on gradually or suddenly. As a symptom of various neurological conditions, ataxia may result from −

What are the Types of Ataxia?

Major types of ataxia are − 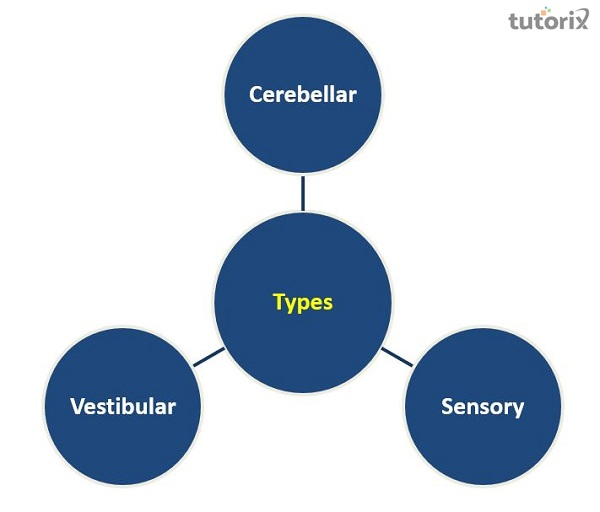 Ataxia caused by damage or malfunction in the cerebellum is referred to as cerebellar ataxia. The cerebellum is involved in motor planning and helps to ensure that continuous motions are coordinated smoothly. Cerebellar lesions do not always cause ataxia, although many cerebellar−related disorders can. Cerebellar ataxia may make it difficult for a person to control the size, pattern, and timing of muscle contractions. Asthenia, asynergy, delayed response time, and dyschronometria are only a few conditions that may occur from this lack of coordination in movement. Dysarthria, dysphagia, hypotonia, dysmetria, and dysdiadochokinesia may also be seen in people with cerebellar ataxia, unstable gait, trouble with eye movements, and hypotonia. Damage to specific cerebellar areas and the bilateral vs. unilateral nature of the lesion may lead to a wide range of impairments. Initial symptoms of cerebellar ataxia may include instability in standing on one leg or walking in a tandem gait. As the disease advances, the patient's gait changes, characterized by a wider base, high stepping, stumbling, and wobbling from side to side. Tilting and turning are both hazardous and difficult. When cerebellar ataxia advances to a more severe stage, standing and walking need considerable support and effort. Scanning speech, characterized by a slower tempo, erratic rhythm, and fluctuating volume, is a hallmark of dysarthria, an articulation problem. Ataxic breathing and speech slurs are other possible side effects. Cerebellar ataxia may cause a lack of coordination in movement, most noticeably in the limbs. The finger−to−nose and heel−to−shin tests reveal dysmetria because of the overshooting that occurs. Impairments in rhythmic movement and alternating movement may also be present. Cerebellar ataxic patients may have a trembling of the trunk and head.

Ataxia is referred to as sensory ataxia caused by a lack of proprioception or the inability to sense where one's joints and other body parts are in space. The dorsal sections of the spinal cord, which transmit proprioceptive information to the brain, often become dysfunctional, leading to this condition. Some sensory ataxia may be due to problems in the areas of the brain that process positional data. These regions include the cerebellum, thalamus, as well as parietal lobes. As a result of a loss of proprioceptive information, individuals with sensory ataxia often walk with an unstable "stomping" stride characterized by heavy heel strikes and balance problems that is often exacerbated in low−light settings.

Ataxia caused by problems with the vestibular system is referred to as vestibular ataxia, and it often manifests with severe vertigo, nausea, and nausea in acute, unilateral instances. Dysequilibrium could be the only symptom in patients with slow−onset, persistent bilateral vestibular impairment.

What are the Causes of Ataxia?

Major causes of ataxia are −

Vitamins: A deficiency may cause ataxia in thiamine, vitamin B−12, vitamin B−1, or vitamin E. Ataxia may also be brought on by a lack of vitamin B−6 or an overdose of the nutrient. Finding these reasons is crucial since ataxia produced by these defects may frequently be treated.

Syndromes: A deficiency may cause ataxia in thiamine, vitamin B−12, vitamin B−1, or vitamin E. Ataxia may also be brought on by a lack of vitamin B−6 or an overdose of the nutrient. Finding these reasons is crucial since ataxia produced by these defects may frequently be treated. 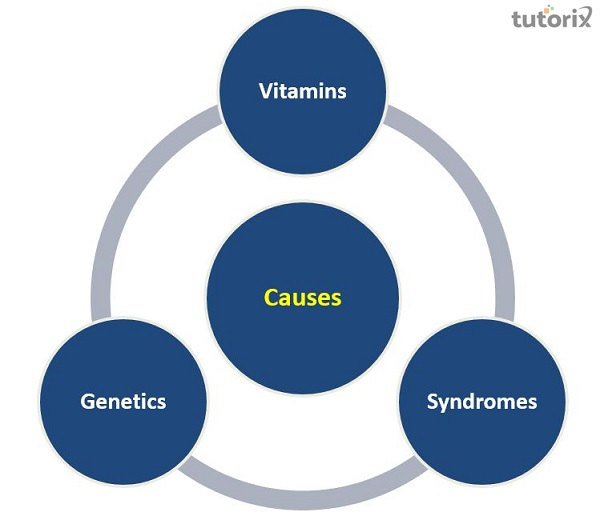 Genetics: Hereditary factors have a role in the development of certain forms of ataxia and in the development of some disorders that cause ataxia. These diseases often result from a mutation in one gene that produces abnormal proteins at birth. There is a degeneration and function impairment of nerve cells due to the aberrant proteins, especially in the cerebellum and spinal cord. Coordination issues become more difficult to deal with as the illness advances. Genetic ataxia may be passed down either by a single recessive gene from parents or a single dominant gene through one parent. A recessive condition is one in which there are healthy parents but potentially afflicted offspring. Most forms of ataxia are progressive, all caused by mutations in distinct genes. Unique indications and symptoms characterize every kind of coordination impairment.

Ataxia may also refer to a generalized lack of cooperation in a physiological function. The conditions of ataxic respiration and visual ataxia are two such examples. Lesions towards the lateral parietal cortex, which is responsible for integrating and expressing position information and connecting it to movement, have been linked to the development of optic ataxia. The spinal cord, brain tissue motor pathways, the pre−motor and which was before cortex, the basal ganglia, and the cerebellum are all targets of information from the posterior parietal cortex. Purposeful action may influence the activity of some neurons in the anterior parietal cortex. Optic ataxia is a disruption in the link between the occipital lobe and the frontal supplementary motor and motor cortices and is often associated with Balint's syndrome but may occur independently after damage to the parietal lobe lobule.