So often, we have heard the term personality when referring to human nature, and it is not uncommon to use the word while describing the attributes of a human. However, have you ever wondered if non-human animals have personalities too? Can their moods, temperament, or behaviors tell us something about their personalities? Why do ants work in unity? Why do elephants have a matriarch? Why do some animals hunt in packs and others do it alone? Do these questions intrigue you? Since humans are animals, too, can models or assessments used to study human personality be applied to study animal personalities?

What are animal models of personality? Why are they used?

They are studied across various fields such as agricultural science, veterinary, zoology, forest studies, habitat studies, etc. The study of animal personality helps to understand boldness, sociability, and aggression in species of the animal kingdom. Cross-species distinctions may contribute to illuminating the reasons behind the development and persistence of within-species individual differences as well as how similar or dissimilar they are among species.

Studying animal personalities can be a daunting and humongous task as there are many species, and defining their personalities can seem unachievable. Some scientists claim that not all species exhibit a personality, and the requirements for an animal to be given a personality are unclear. Studies of animal personalities have become increasingly popular recently. This development is closely related to a recent trend in ecology, behavior, and evolutionary biology that emphasizes how individuals differ from one another and focuses on the reasons, effects, and mechanisms underlying these differences. The best way to understand personality traits is as dispositions, which can be operationally described in particular sets of behaviors.

An animal must first behave differently from other animals to have a personality feature (Individual Differences). Second, these behavioral variations must be persistent across time (stability), and third, they must be reliable across contexts (Consistency). 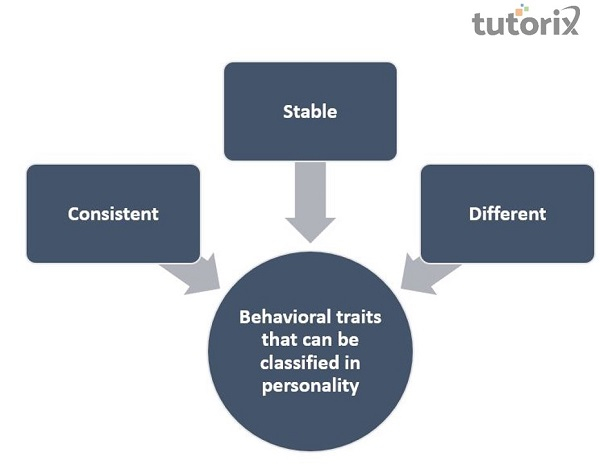 In empirical studies of animal personalities, behaviors are the different types of acts that animals exhibit and are seen, noted, quantified, categorized, or scored. Examples include 'responding to threat by a predator, and 'approaching an unknown object.' Further, there are behavioral types that refer to subtypes of behavior, for instance, fast reflexes when a predator approaches.

The big give factor traits for humans include −

The model identifies personality traits at their most general degree of abstraction. It can be challenging to standardize the five-factor model's application to animals because the assessment of personality using this model frequently uses self-reported data for humans. Naturally, not all animals exhibit the same breadth of personality as people, and the animal's personality takes on the characteristics that are exclusive to its kind. Similarly, a species may be more likely than others to display one type of personality. The three personality characteristics that are most frequently observed in measured animals are neuroticism, agreeableness, and extraversion. Chimpanzees, for instance, show these traits.

Animal cognitive and neurological adaptations have been studied through comparison. Identification of adaptations can be made by comparing closely related species that differ in a cognitive or neural characteristic with distantly related species that share the same cognitive or neural characteristic. A cross-species comparison gives three patterns to provide a framework to study psychological adaptations in humans and animals. Firstly, it identifies that specialized and generalized cognitive capacities exist, and secondly, it identifies that evolution has led to a change in the size of the brain. An experiment conducted to understand the similarities or differences in the judgments of humans and dogs found that dogs' evaluations were just as reliable as human judgments. These results support the evolutionary continuity theory and point to a crucial conclusion often ignored by experts. This shows that personality differences do exist and can be studied.

The study of animal personality has recently become a subject of interest for many experts who wish to understand more about the evolution and continuity of the species in an ecosystem. Additionally, a cross-species comparison helps in understanding similarities and differences between behaviors of different species. As complex as it is to study personality in humans, it is the same in studying animals too. Research on animals offers excellent chances to understand the dynamic interaction of biological, genetic, and environmental factors on personality. Furthermore, the current body of data supporting the existence of personality traits in mammals opens the door for both animal and personality researchers to integrate personality components in their research. As a result, benefitting both researches on animals as well as personality.