Advantages and Disadvantages of International Marketing

What are the Benefits of International Marketing?

Let us see the key benefits of international marketing as follows −

Everyone wants to increase their market share and increase the number of things they sell. International business is significant since it provides you with a new market to explore and expand within. Whatever your position was in the previous market, the new market is a whole different ballgame for any organization.

If a corporation is worried about a recession in their own country, international business becomes four times more important. Mitsubishi, Daikin, Blue Star, and other companies have operations in numerous nations and areas. This is to help them deal with the consequences of a slowing economy in their native nation.

Diversification of markets, like diversification of products, can be beneficial to a corporation. As a result, one of the reasons international business is crucial is the security it provides to a company in the event of an economic downturn.

One reason large corporations go to foreign business is to make use of their manufacturing plants' excess production capacity. Ultratech, Blue Star, garment manufacturers, and chocolate producers all have large manufacturing capacities. It is critical to make the most of your productivity potential when you have it.

As a result, many businesses take advantage of the advantages of international trade by exploiting their production capabilities and beginning to sell their brand in international markets. This helps the brand make cash while also allowing them to move massive amounts of product out of their vast factories.

Exporting products to a different country has a cost advantage in many cases. The way China operates in today's commercial environment reflects this cost advantage. Because China's production costs are so low, the benefits of international business are enormous. One of the key factors is their low labor costs, which allows Chinese equipment to compete with any rate on the global market.

It creates job prospects both in the home country and in the host country. International marketing necessitates big-scale operations on the part of businesses in order to meet the expectations of a wide audience. Companies hire a large number of people in order to carry out their tasks effectively.

What are the Disadvantages of or Risks in International Marketing?

Following are the disadvantages of International Marketing −

For example, governments and currencies have become increasingly unstable as a result of high inflation, unemployment, and inflation. These can stifle trade or expose the company to a slew of other dangers.

As a result, even if these countries want to buy, they are unable to pay for the goods or services. Even if they are prepared to buy your products and services, debt-ridden or currency-starved countries are frequently unable to pay. The inability to pay in cash in many of Eastern Europe's poorest countries is a significant hurdle for businesses wanting to sell their goods and services there.

Currency fluctuations in a foreign country might reduce revenues when converted back to the home currency. Examine the risks and benefits of investing in a foreign country. Less-developed countries' currencies are less volatile than those with stable regimes.

While hedging measures might help to offset some of the currency risk, your company is still vulnerable to the whims of the local currency market. Currency rates will be affected by abrupt changes in monetary policy.

Entry restrictions in a foreign market are frequently a stumbling block for new businesses seeking to enter the market. The governments of the host countries place limitations on new businesses entering the market, making it difficult for them to succeed.

Apart from ownership constraints, there are also restrictions on local national employment, wages, the percentage of output that can be exported from the market, and other restrictions that specify how much of the company's profits can be taken beyond the host country.

Market access and business profitability can also be hampered by social and cultural difficulties. They can reduce a company's competitiveness in a new market to some extent. Domino's Pizza attempted to establish themselves in a number of markets. Apart from the United States, India was the place where it had the most success or where its business model proved to be the most effective. The reason for this was due to a combination of social and cultural variables.

Because people's likes and preferences differ by country, you may need to adjust your product and marketing strategy to fit the local taste and surroundings. Business managers will not see much success in a new market unless they learn about the local culture and consumer trends.

We don't just mean a spike in the number of competitors when we talk about competition. Of sure, this is a possibility, but it isn't the primary concern.

Businesses that operate entirely or partially on the Internet, on the other hand, have simple access to new markets. If a physical company can only function locally, a digital business may tap into loads of new markets.

Access to new markets, on the other hand, involves exposing yourself to more competition. After all, even if you're aiming to reach a new country's audience, you'll still have to "beat off" local competition. This means that your firm will face not only local rivalry in each new country, but also higher overall competition.

As a result, not all businesses have the resources to deal with the situation successfully.

Other Risks (War, Terrorism, and Corruption)

There are a slew of other issues and hurdles that businesses must overcome before expanding their operations into new regions. Apart from war and terrorism, corruption can be a significant barrier to a company's entry into a new market. Businesses may need to change their operating models based on local factors.

Terrorism in the Middle East is one of the most significant barriers to doing business there.

Despite the numerous advantages of local marketing, international marketing has the potential to open even more doors for your company, resulting in larger and better prospects for business expansion while also widening your consumer base.

In addition to new opportunities and market expansion, marketing your business overseas allows you to form valuable relationships with firms in the same industry with whom you may be able to collaborate, as well as consumers, which is critical for sustaining strong business performance. 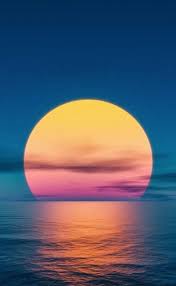