The Advanced Encryption Standard, or AES, is an encryption standard established in 2001 by the National Institute of Standards and Technology (NIST) of USA. It is implemented worldwide both in hardware and software to encrypt sensitive data. AES finds wide usage while transmitting data over computer networks, particularly in wireless networks.

The encryption process of Advanced Encryption Standard is based upon substitution and permutation operations in iterative manner. The 16 bytes of data are arranged in a matrix of four columns and four rows. On this matrix, AES performs rounds of substitution-permutation operations. Each of these rounds uses a different cipher key, which is calculated from the original AES key. The number of rounds of operations depends upon the size of the key in the following manner − The encryption sub-processes in the above algorithm are − 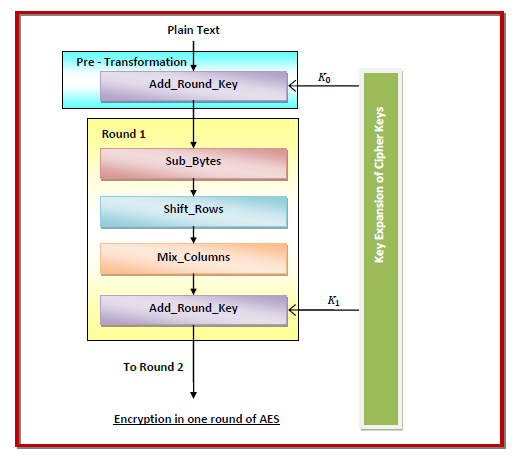