The different encoding schemes are shown in the diagram. Among these, the first three are come in the category of polar encoding. In polar signaling, one logical state is represented by only one voltage state. In bipolar schemes, two voltage levels may be used to represent a logical state.

Let there be a bit stream 01001101. The following diagram plots the different encoding schemes − 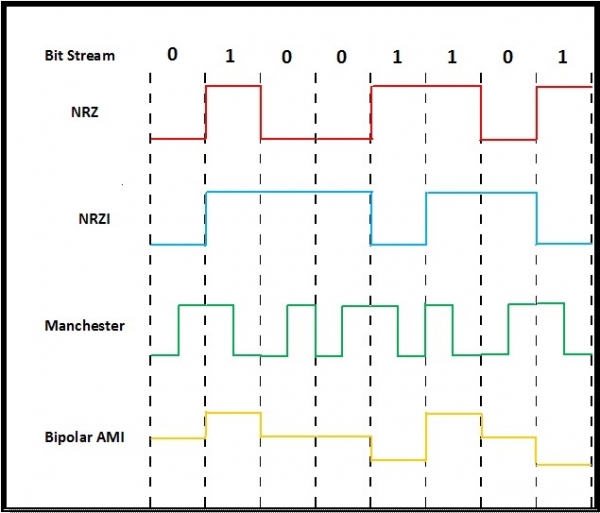