10 Surprising Facts about the Human Brain

Human brain is one of the most interesting, yet complex parts present in the human body that exists in the universe. The brain does all the functioning and operates other parts of human body, but there’s still so much that we don’t know about it. All of us have always been fascinated by the brains of some genius people who can easily figure out things and take less time to learn things. We call them “born intelligent” and secretly envy them, but we also have wondered many times how they do all that.

Now let’s have a quick sneak peak on some interesting and surprising facts of human brain which we have never come across. 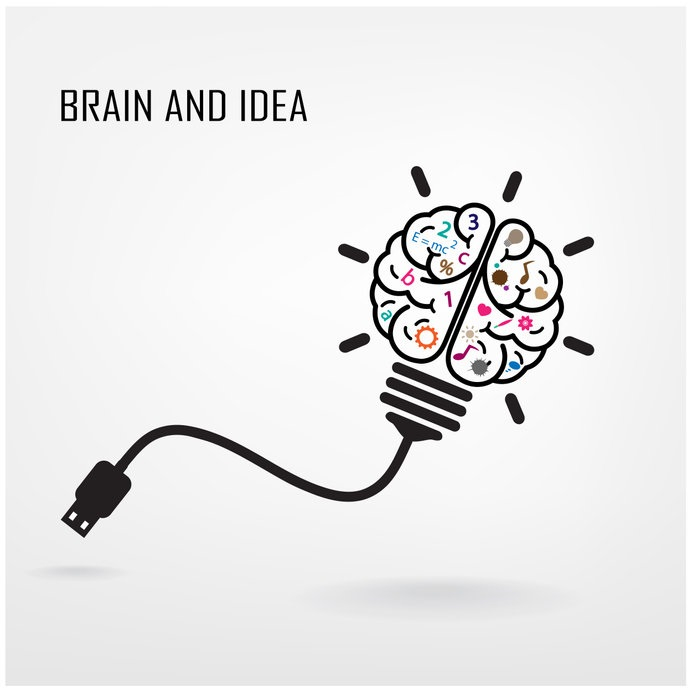 Yes you heard that right- human brain produces the amount of electricity that can easily light a small bulb. Of course this doesn’t mean you try producing light from your brain. Let’s put it this way- without electricity you wouldn’t be reading this article for two reasons. One, you would need electricity to run your device and second, you need your brain to generate the electricity you need.

In Physics we were taught that human body is a collection of huge masses of atoms that produce electricity which makes our bodies function. Now, when we talk about our brain sending signals to- or receiving signals from- the brain as in the cases of closing the door, or opening a book, it’s simply the electricity produced in our brain that carries messages from one point to another. The difference is here we don’t have cables and electric wires, but nerves and neurons to do the job.

Did you know that our brain weighs half as much as our skin does? Next time someone calls you chubby, take it as a compliment because it means you have a larger brain too. Human brain is considered the fattest organ in the human body. A normal human brain weighs 3lbs, out of which 60% is nothing but fat.

One more interesting fact about our brain is that it utilizes one fifth of a calorie per minute even when we are resting. If we diet too strictly and eat too meagerly, we could force our brain to eat itself due to starvation. This will come as good news to foodies, who get a license to eat freely- atleast eating freely is much better than starving your brain and making it eat itself, right?

The human brain takes 6 minutes to react to alcohol, so when a person is under the influence of alcohol and experiences a “blackout”, it’s not as if person remembers nothing but his brain temporarily loses the ability to capture memories.

The brain feels no pain at all. That’s because the sensory nerve fibers that make us feel the pain called “nociceptors”- found in all parts of the human body- are not present in the brain, making it unaffected by any kind of pain. Now this explain us how neurosurgeons easily operate on a patient’s brain when they are awake.

Now the question arises if the brain feels no pain then why we get headaches. Actually, this is completely a different story- there are layers of tissue between the brain and skull called “dura” and “pia”, that act as a protective coating to the brain. These layers of tissues have nociceptors in them so when we are stressed out, or when there is too much pressure on our brain, our blood vessels release some chemicals near these tissue layers which in turn, activate the nociceptors and cause headaches.

Sometimes we get a strong “gut feeling” of whether an action/person is correct or something is going to happen, even without having any facts or proof to justify our feelings. Actually these feelings, also known as “intuition”, are triggered by an electric simulation caused in some specific parts of our brain that are linked to analyzing risks.

Let’s think of brain as a prediction machine. The brain stores memories it receives from the outer world, and combines them with past experiences to sum up the possible outcomes of certain situation. Our brain is designed to not just see and hear, but also predict what we should be hearing or seeing next moment to moment. This is the basis of the “Sixth Sense” concept.

Oxygen Supply to the Brain

Human brain uses 20% of the total oxygen and blood in our body. Our brain can normally survive up to 4 to 6 minutes without oxygen, after which, it slowly begins to die. Lack of oxygen supply to the brain for more than 10 minutes- caused due to choking, carbon monoxide poisoning, non-functioning of heart, injuries sustained at birth, or drowning, etc. – may result in permanent brain damage.

When our brain is deprived of oxygen for a very long time, it shuts down resulting in a medical condition where a person doesn’t react to any kind of stimuli like pain, touch, noise, etc. often referred to as “comatose” or simply, coma. In this condition, a person cannot perform any voluntary actions and even if there are possibilities that the person may recover from coma if oxygen supply is regained, there is a permanent damage in the brain.

Sounds surprising, doesn’t it? Human brain also has taste receptors. We know taste buds in tongue are responsible for the kind of taste we get but these sensors present in our mouth are just initials. The most important part of the taste journey is how does the brain interprets it. Yes, the brain is responsible for translating what kind of taste we experienced. There are parts in our brain which are dedicated for different tastes.

Yes, you heard that right! It’s no more just a fictional movie plot. Scientists have discovered that there are many brain parasites which can actually make the “Zombie Apocalypse” real. It must sound surrealistic that a tiny creature can govern such a large human body, but these parasites do actually control their hosts so zombies can be made through these parasites.

A recent study has found that “Toxoplasma Gondii”, a parasite known for infecting rodents and cats and is making its way to humans as well. Scientists are now linking schizophrenia, the medical condition where a patient can no more separate reality from fiction, also with a parasite. This research is an ongoing process but it’s still creepy to know that there is no cure available for the condition.

Brain does not have a Permanent Structure

The structure of human brain starts changing from the time of birth and it keeps doing so throughout lifetime. There is a change every time we learn something new. The structure of our brain also changes without the usage of any drugs or life-changing situations.

Now the question is- how does it change? The change can occur even by simply doing something again or again. When we do something different too, it brings a change in the structure of your brain. This explain us why sometimes psychotherapy works great when drugs fail. This is because it changes the way our brain thinks presently and gives us a different way of perceiving things. This leads to changes in the structure and biochemical of our brain.

When we talk about brain it’s hard to avoid the matter of depression. Doctors no longer dismiss depression as an imaginary concept; it’s a real illness that impacts the brain.

It is caused because of chemical changes in the brain. Any person of any age can suffer from it.

There is a change in structure of brain when depression occurs. Several parts of brain slow down and some parts get hyperactive. This explains why depressed people feel lethargic and exhausted. The equilibrium of the brain is upset. It is mainly caused due to biological factors, rejection, and failure. A recent study shows that violent households and rough child-raising can have the same effect on a child’s mental state as the soldier’s mental condition.

We have discussed some very interesting and mindboggling facts about human brain. Did you know that our brain gets almost 70,000 thoughts in a day yet we never acknowledge it? In short, we underestimate the power of our brain. There is nothing like a “dumb person”; if we can optimize the way we utilize our brain, we could all be smart. The trick is in not expecting everyone to be smart in one field, as everybody’s brain is not developed to be interested in one particular field.

Everything we do, every thought we’ve ever had, is produced by the human brain. But exactly how it operates remains one of the biggest unsolved mysteries, and it seems the more we probe its secrets, the more surprises we find ~ Neil deGrasse Tyson