Fuzzy Logic (FL) is a method of reasoning that resembles human reasoning. The approach of FL imitates the way of decision making in humans that involves all intermediate possibilities between digital values YES and NO.

The conventional logic block that a computer can understand takes precise input and produces a definite output as TRUE or FALSE, which is equivalent to human’s YES or NO.

The inventor of fuzzy logic, Lotfi Zadeh, observed that unlike computers, the human decision making includes a range of possibilities between YES and NO, such as −

The fuzzy logic works on the levels of possibilities of input to achieve the definite output.

Fuzzy logic is useful for commercial and practical purposes.

It has four main parts as shown − 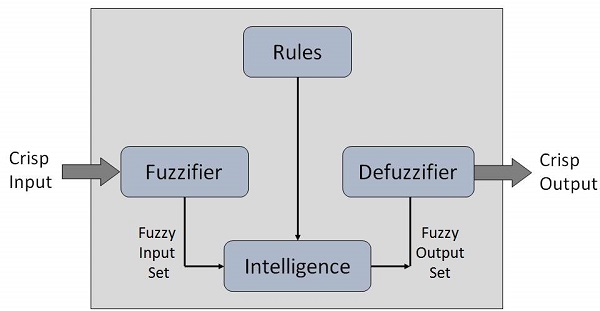 The membership functions work on fuzzy sets of variables.

All membership functions for LP, MP, S, MN, and LN are shown as below −

Example of a Fuzzy Logic System 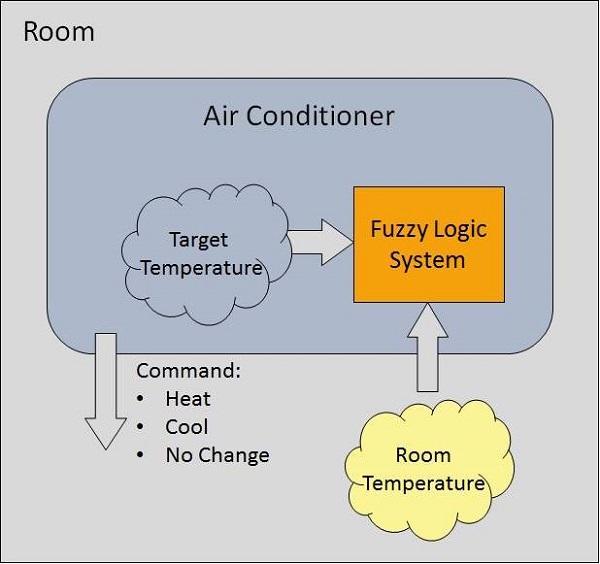 Linguistic variables are input and output variables in the form of simple words or sentences. For room temperature, cold, warm, hot, etc., are linguistic terms.

Every member of this set is a linguistic term and it can cover some portion of overall temperature values.

Step 2 − Construct membership functions for them

The membership functions of temperature variable are as shown −

Build a set of rules into the knowledge base in the form of IF-THEN-ELSE structures.

Fuzzy set operations perform evaluation of rules. The operations used for OR and AND are Max and Min respectively. Combine all results of evaluation to form a final result. This result is a fuzzy value.

Defuzzification is then performed according to membership function for output variable.

The key application areas of fuzzy logic are as given −