Note − All project dependencies are located in the composer.json file. Yii2 has a few important packages that are already included in your project by Composer. These packages are the following −

The first three packages are only useful in the development environment.

Yii2's application structure is precise and clear. It contains the following folders −

Following is the diagrammatic representation of the application structure. 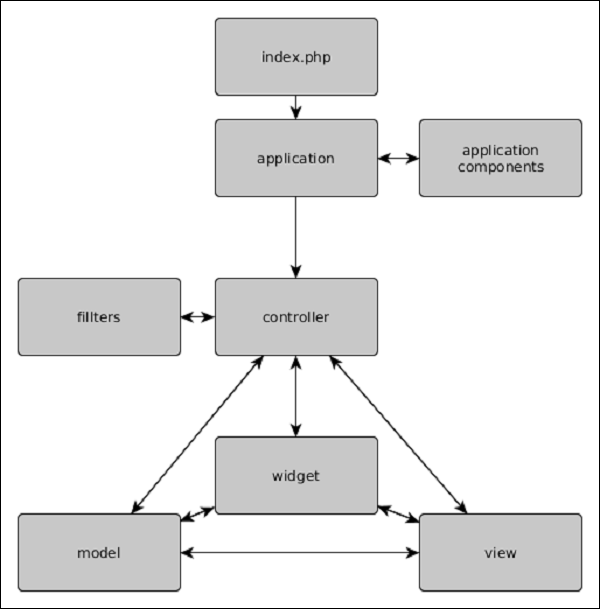 Models are for data representation (usually from the database). View are for displaying the data. Controllers are for processing requests and generating responses.

To create a reusable functionality, the user can write his own components. Components are just objects that contain logic. For example, a component could be a weight converter.

Widgets are reusable objects containing both logic and rendering code. A widget could be, for example, a gallery slider.

Filters are objects that run before or after the execution of the Controller actions.

You can consider Modules as reusable subapps, containing Models, Views, Controllers, and so forth.

Extensions are packages that can be managed by the Composer.