Wonsam Dress: A Tradition of Korea

As women are considered the epitome of spreading and promoting any idea, Korean females expressed their love and respect for the country’s heritage and values by wearing the traditional dress, which was considered a mark of appreciation for its symbolic nature. 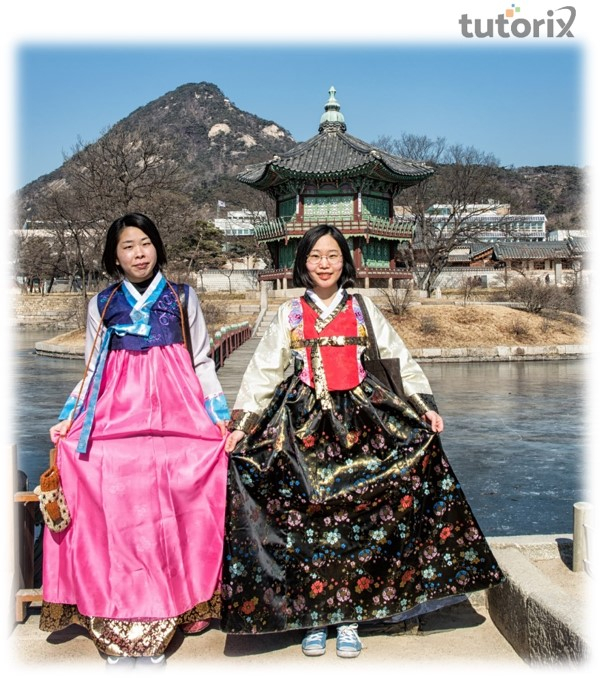 What is a Wonsam Dress?

Wonsam is a traditional dress of Korea, which originated from China. During the Joseon Dynasty, the dress was designated as a Korean tradition and could be worn during the festive season. Tang received dress during the Unified Three Kingdoms period, which was used for segpu shrouding purposes but then worn by high-class women. The Queen wears it on minor occasions, high-ranking court women wear it on major occasions, and ordinary citizens wear it only on special occasions, usually weddings. The dress is categorised in colours according to the ranks. In the beginning, only the white colour was made, but then it came in the colours of Kyeon and Ju. In the old days, the dress was worn at the place of simui. It is a robe or topcoat that increases the decorum of the clothing. It is also called daeui (big clothing), daesu (wide sleeves), and jangsam (long clothing).

The Wonsam dress was introduced during the Unified Three Kingdoms period. It was then received by the Tang Dynasty in early times. Then, during the Joseon Dynasty, Wonsam dress, which originated in China, was introduced in Kored. However, Korea was the origin of the Wonsam dress, but the dress became the national costume of Korea. It was then known as the Korean traditional outfit. In the beginning, the dress was worn by the queens and high-ranked court women on some occasions. The shroud and ceremonial functions are both worn with the dress.

According to Hong Nayoung, the dress also originated from another garment, which was called a dansam. Dansam was an unlined jacket. However, the dress was introduced in the early 15th century, but after the 17th century, the transitions were seen quite often. In the 18th century, the dress was widely worn for wedding purposes. It became the tradition of Korea.

Wonsam's dress was quite old in time. It went through many transitions and then developed. On the basis of period characteristics during the time of the Joseon Dynasty, the study of transitions is given below.

The Wonsam characteristics are divided into 4 stages:

The 15th and 16th Centuries

In this time period, the Wonsam dress was first constructed, and it looked quite similar to the Danryeong. Danryeong is a Chinese robe that was worn in ancient China. Wonsam’s characteristics included a collar that looked similar to Danryeong's. Other components consisted of sleeves, which were cylinder shaped, and side pleats called "Moo," which had multiple folds on the inward side. A belt tied with this Wonsam dress was an extra addition that beautified the dress and gave it a detailed look. During this period of time, there were various fabrics that were used for the manufacturing of these dresses.

The second stage marked the transition of the Wonsam dresses. The early 17th to mid-17th centuries served as a very important stepping stone to the development of Wonsam dresses. The Joseon dynasty ruled during this time period. The Danryeong, a round-collared robe which is long enough to cover the entire body, was one of the main components which increased the complexity of these dresses when combined with Wonsam culture.

From layers that were added to the fabric used in manufacturing, the Wonsam dress went through some more changes, which were quite simpler and more stable this time. So, some of the major changes that appeared from the mid 17th to early 19th century included double-layered clothing instead of one single layer, green instead of dark blue, and some more simplified silk patterns were seen during this time. Thereafter, some other characteristics of the Wonsam dress included collars that faced each other instead of the round collar robes that were traditionally used and sleeves with multicoloured stripes that were big and wide. There were some components that were eliminated too, which were the curve-edged side seam and side pleats, referred to as Moo.

This period of time is also called the late Joseon period, which developed the Wonsam dress into a simpler and more practical fashion wherein a phenomenon called sewing was also used. Here, the standard Wonsam dress was typically divided into two types based on some basic characteristics and the fabrics used. One was a ceremonial robe used in courts, and the other was a wedding ceremonial robe worn by ordinary people.

The Wonsam dress originated from China during the period of the Joseon Dynasty. The dress was worn as a court costume and in normal wear. To distinguish between these two, some particular colours are designated for the posts. In the Joseon Dynasty, the main colours were red, green, purple, blue, and black. The red colour was designated for the Queen, green and purple for the Crown Princess. The Royal Concubine’s colours were green and blue. The Princesses’ wife usually wore a green dress, but the colour would change to blue and purple if her designation was changed to the King’s Wife. The Princess’s colour was green, and green, blue, and black were the colours of the court lady. Though the Wonsam dress was stitched with silk textile without prints, normally they make prints on the dress. The unprinted Wonsams were made for weddings and funerals in order to avoid extravagance.

The Wonsam dress is distinct from all other fashion cultures in that it was traditionally worn by Korean people on important festivals/occasions, and people also expressed their deepest feelings to the departed souls by crowing the deceased in the same Wonsam dress, as leaving the body and moving to the next world was considered a profound journey.