Wi-Fi Protected Access (WPA) was supported in IEEE 802.11i wireless networks and was proposed in 2004. It was backward-compatible with the existing WEP that led to its rapid, hassle-free adoption.

WPA2 replaces TKIP in WPA with Counter mode Cipher block chaining Message authentication Code Protocol (CCMP). However, WPA2 is not compatible with older systems, and so it has emerged as a concurrent security standard along with WPA.

Modes of WPA and WPA2 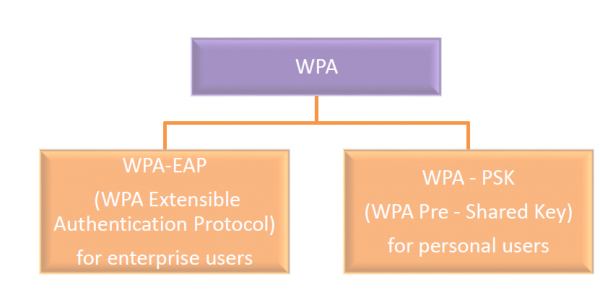