Why do we celebrate Ganesh Chaturthi? 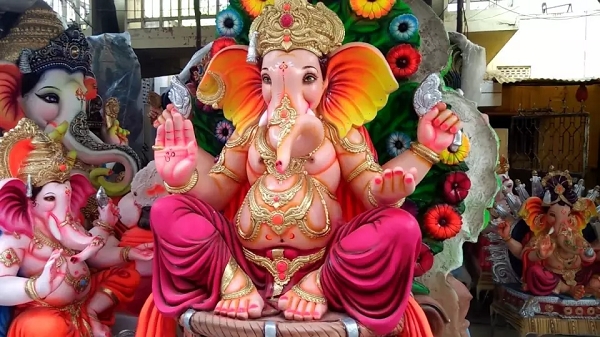 His story goes like this. He is made by the goddess Parvathi with bath powder and turmeric as a small and cute boy. She gives him life and keeps him as the gatekeeper while she goes inside to take bath. Meanwhile, Lord Shiva comes back from a victorious battle and demands to go in. Ganesha who follows his mother's orders does not let him in. Shiva gets angry and beheads him with his Trishul. Hearing the noises, Goddess Parvathi comes out and explains everything to Mahadev. 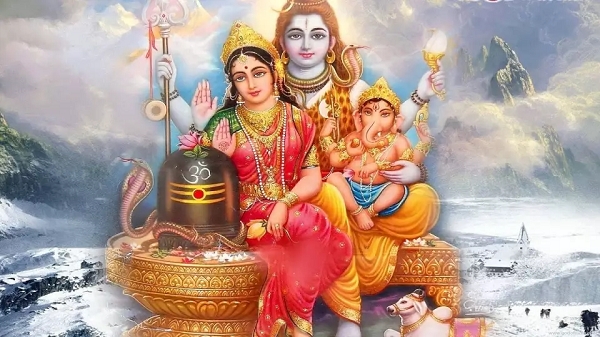 Lord Shiva realizes his mistake and makes the little boy alive again attaching an elephant head to his body and blesses him as God of beginnings, and orders that everybody has to worship him before starting anything. Even the other gods come in and bless him with many boons.

From then started the ritual to honor Sri Ganesha at the start of any festival and ceremony and then proceed to the main function. It is also believed that if we worship Lord Ganesha before starting anything, he removes all the hurdles and helps us to complete the task without any problems. He is also known as Vignahartha, the one who removes all obstacles. 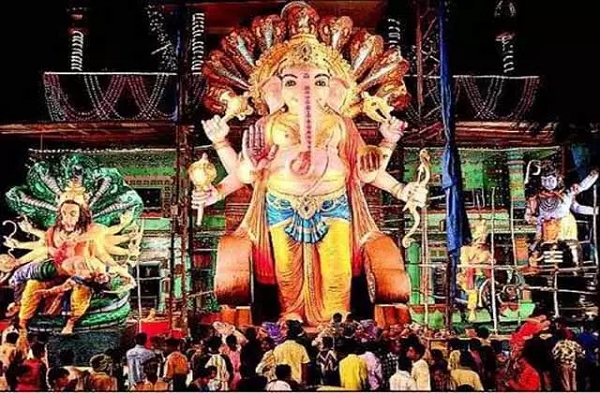 Lord Ganesha is worshipped with 1000 different names and is the Lord of arts and sciences and the deva of wisdom. Every year we celebrate Ganesh Chaturthi on Shukla Chaturthi which is the fourth day of the waxing moon period in Bhadrapada month (falls in August or September as per the Gregorian calendar) by installing his idol and we do the Visarjan on the 14th day of the waxing moon period known as Anant Chaturdashi. These 9 days are celebrated as Ganesh Navrathri.

In India, the festival is celebrated at every nook and corner of the country without any differences. All over India, colorful pandals (temporary shrines) are set up and the Lord is worshiped for ten days. On the 10th day, the idol is taken in a grand procession and performed Visarjan, which is the immersion of the Idol in a river or nearby water body. 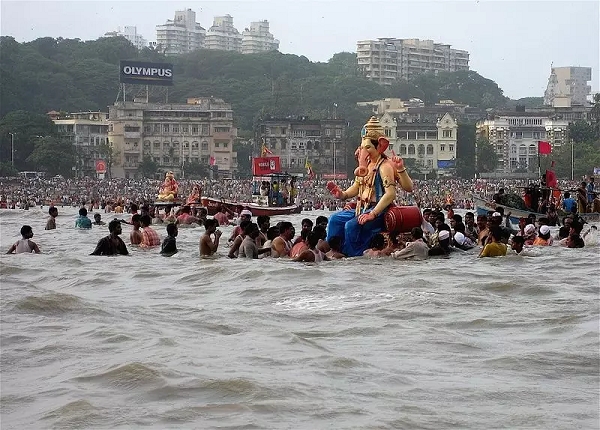 Lokmanya Tilak changed the festival from a private celebration to a grand public event "to bridge the gap between Brahmins and non-Brahmins and find an appropriate context in which to build a new grassroots unity between them".

Now, the festival is celebrated all over the country with grand valor and unity. It is also celebrated in Thailand, Cambodia, Indonesia, Afghanistan, Nepal, and China.