What is Top-Down Parsing?

In top-down parsing, the parse tree is generated from top to bottom, i.e., from root to leaves & expand till all leaves are generated.

It generates the parse tree containing root as the starting symbol of the Grammar. It starts derivation from the start symbol of Grammar & performs leftmost derivation at each step. 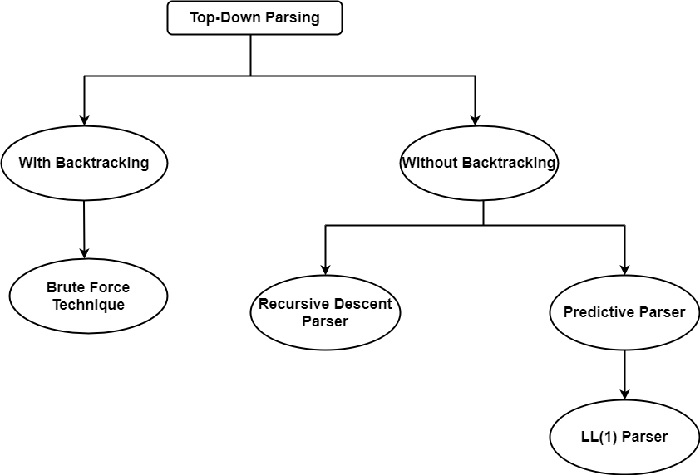 Once, the production rule is applied, it cannot be undone.