What is Indus Valley Civilization?

The Indus Valley, a region of great fertility, (3300–1300 BCE; mature period 2600–1900 BCE) defines the eastern edge of the zone in which Near Eastern agriculture developed, based on wheat, barley, sheep, goats, and cattle.

To its west lies Baluchistan, the mountainous eastern edge of the Iranian plateau, an area with which it has always been closely linked. Networks of trade routes across the Iranian plateau have often provided distant communications with the civilizations of the Near East, while the Arabian Sea, into which the Indus flows, has allowed seaborne connections with the Gulf and the Near East, with Arabia and East Africa, and with South India, eastern India, and Southeast Asia.

The Indus is fed by the five rivers from which Punjab takes its name, powerful tributaries that water a region of forests and grassland, supporting agriculture along their banks and sustaining pastoral communities elsewhere.

These rivers rise in the Himalayas, which form a formidable but not impenetrable barrier between the Indian subcontinent and the lands to its east: the deserts and steppe of Central Asia, as well as China and Southeast Asia beyond.

Southeast of Punjab lay the valleys of the Ganges and Yamuna, which have constituted the center of Indian civilization since the first millennium BCE. This, however, is only a recent configuration, since in the third millennium the ancestor of the Yamuna River may have been a tributary of a major river, the Saraswati, that flowed parallel to the Indus across what is now the Thar Desert.

Settlement began at Harappa by 3300 BCE and perhaps as early as 3500. Houses there were constructed of wooden posts with reed and clay roofs, and bell-shaped pits lined with clay were used to store wheat and barley.

Settlement in the Indus Basin was attractive because it offered a vast expanse of well-watered fertile land for arable agriculture and even wider expanses for grazing animals. Wild game, fish, and plants offered additional resources, and there were sufficient timber and plentiful mud for construction, as well as fuel for domestic and industrial activities. 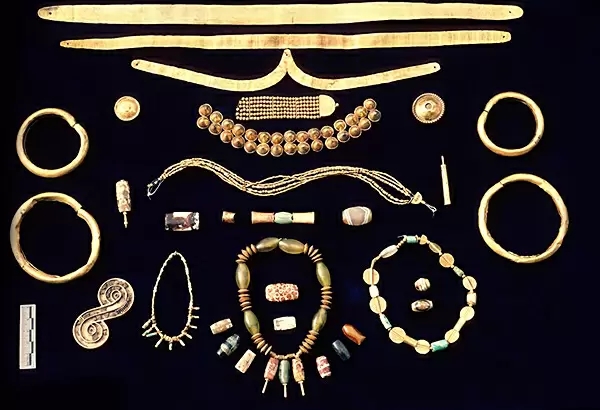 It is possible that Mohenjo-Daro was the principal metropolis of the Indus civilization. Centrally located in Sindh between the Indus and Eastern Nara Rivers, with Punjab to its northeast, the Saraswati to its south and east, Gujarat to its southwest, and the Kachi plain to its west, it was well placed to control communications throughout the Indus realms. It was also the largest settlement by far, its known area exceeding that of Harappa by half as much again. On its citadel was constructed a unique feature, the Great Bath, a large watertight basin set in the center of a complex of rooms and plausibly interpreted as a religious structure, related to a water centered cult.

Harappa was also a great city, with a similar range of industries and similar signs of affluence. It lay near the edge of the Indus lands in the Punjab where it could control access to the resources of the Himalayas. 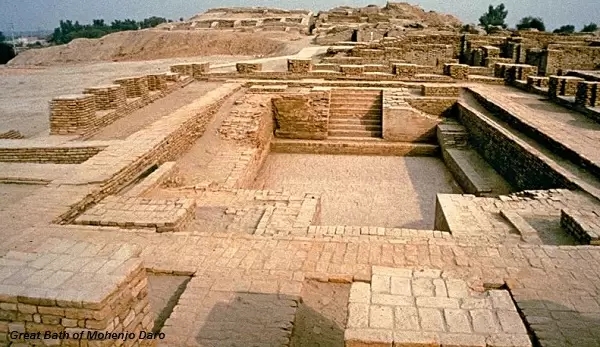 Probably most striking is the range of religious structures and presumably practices to be found in Indus cities in different areas, perhaps reflecting the diverse origins of the Indus people.