What were the inventions and discoveries during the Indus Valley Civilization?

The Indus valley people were probably the first-ever skilled craftsmen, who made wonders with minimum resources they have. They have achieved many notable advancements during the 3300 to 1300 BC when their civilization flourished.

They made their living area and housing in a well-structured manner. They used baked bricks and lime for construction, where the bricks used were in uniform size and moisture-resistant. They used to apply gypsum and natural tar to make them waterproof. The structure of the city was greatly planned with the residential area on the higher land and water storages on the lower part. 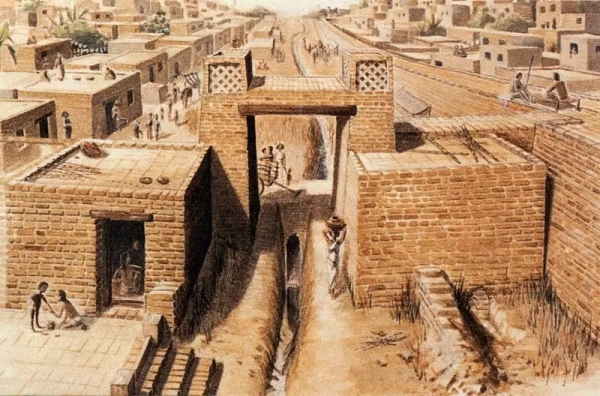 They displayed excellent architecture and perfect urban sanitization methods where the bathrooms were built to one side of the house and the drains were connected to the central drain of the street. Many of those houses were equipped with own wells.

A variety of underground and over-ground mud ovens were discovered by archaeologists which reveal that they knew different methods of cooking and baking. As wheat was found to be their staple food, they might have used these ovens for baking bread. The cylindrical pits which were plastered with lime were found at the site where the Harappans might have stored wheat grains. 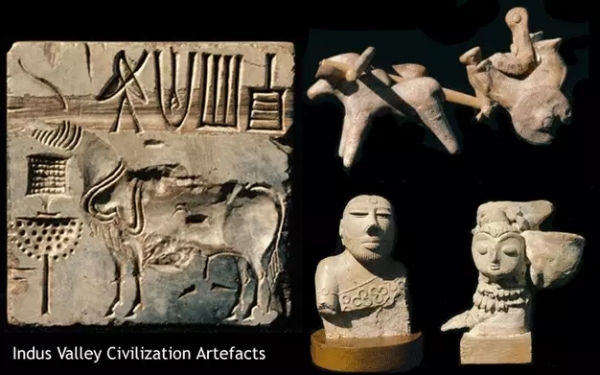 There are many important innovations in this civilization. They include standardized weights and measures, seal carving, and metallurgy with copper, bronze, lead, and tin. They were experts in seal carving and used them for the identification of property and to stamp clay on trade goods. They also used balances and perfect weighing stones to trade.

They used to wear ornaments made out of metals like gold embedded with gems and semi-precious stones. Painted terracotta pots and the sketches found on articles reveal their expertise in arts. The discovered artifacts of Indus valley civilization include the stamps that they decorated with animal figures such as buffalos, elephants, tigers, and rhinoceros.

The Fire-altars were found in Kali-began where they used to perform their religious practices. They invented the methods of using fire to make Ornaments, things, and vessels. 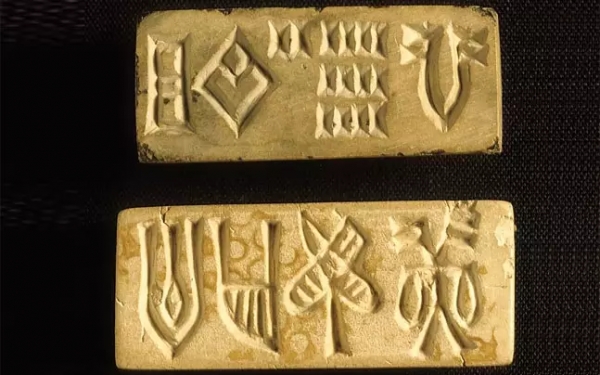 They used to have some typical script that includes signs and symbols. The scholars are still working on them to decipher. They used to worship many gods such as Pruthvi Devi, Pasupathi, Siva Linga, Nagdevta, Surya dev and trees such as Neem tree and Peepal tree, which confirm them as followers of Hindu traditions.