Where are most sites of Indus Valley Civilization located?

The Indus valley civilization which existed during 3300 to 1300 BC is also known as Harappan Civilization. This area was named as Indus valley as it was situated on the banks of river Indus, whose source is the perennial waters of Himalayan Mountains. This Indus valley extended from a North-western part of India to modern-day North-east Afghanistan and Pakistan. 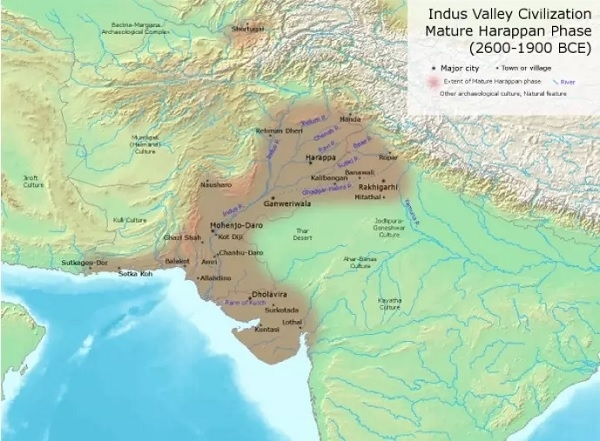 During their survey, the scholars came to know that the origin of Harappan civilization could be from Mehrgarh which is in the foothills of a mountain pass in Modern-day Balochistan, that is in western Pakistan. Whereas the extension of this civilization can be seen up to North-west India, according to the remnants.

The Harappan cities include Harappa, Mohenjo-Daro, and Ganeriwala in Modern-day Pakistan and the places like Lothal, Kalibangan, Dholavira, Rupar and Rakhigarhi that exist in Modern-day India. Among them, Dholavira is the biggest city they have constructed in Indian sub-continent. When discovered during 1967-68 by J. Joshi and team in Gujarat, it revealed their monumental structures with exquisite planning and aesthetic architecture. 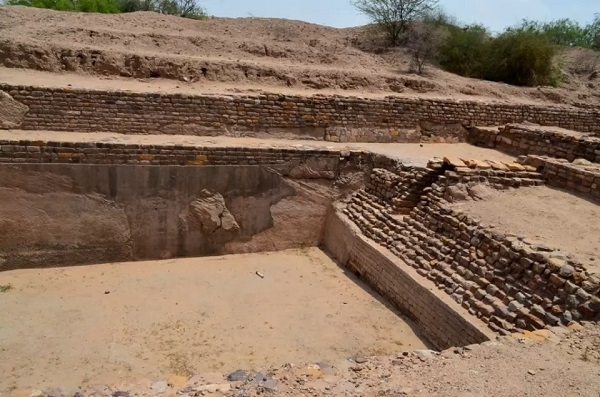 The Harappan culture lasted for more than a thousand years. The world’s earliest urban civilization came to an end around 1300 BC. Reasons for their decline might be climatic changes and migration or some natural calamities like floods, epidemic diseases and attack by wild animals.