What do you mean by interfaces and services?

Generally a network service is an application which runs at application layer and above and is used in computer networking.

Service Interface is used to implement a Service-Oriented Architecture (SOA). This is implemented to achieve interoperability among the applications among various technologies.

The basis of functions of each and every layered structure is to provide a service to the layer above it.

The types of interface’s services are as follows −

An entity is an active element in each and every layer, It can be either a software entity or hardware entity.

For the successful exchange of information between two layers, a set of rules about the interfaces should be presented, the layer (n+1) entity passes an IDU to the layer and entity through the SAP. IDU contains mainly two parts: ICI and SDU.

In order to transfer the SDU the layer n entity has to divide into many smaller pieces. Each pieces in given header is buying the entities to their peer protocol as shown in below figure 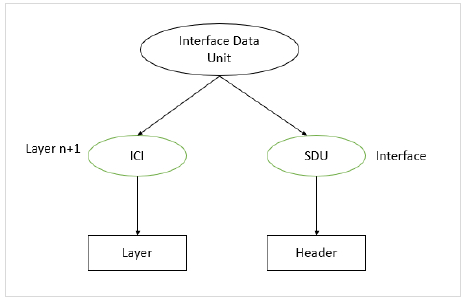