What are the risks of third-party App Stores?

As people are getting more awareness about the Internet these days, little, they know how to use it more securely and what are all the risks they are taking on every suspicious click they make. Many times, paid applications are available freely on some third-party app store, and people often try to download those applications from there, but those come with a lot of risks that you might be unaware of.

Third-party App Stores offer cyberattackers an avenue through which they deliver their infected malicious apps to users unaware of these risks. Hence, it is always advised that before you download anything from the Internet, always make sure you are alert about what you are downloading, from where you are downloading, and where it will be stored on your device. Knowing about all these three factors will help you in avoiding becoming the next target of hackers.

A famous example of this was the very renowned “Netflix” app. Since it provides you paid services, a similar copy of it was available in third-party stores stating that it will give those paid services free of cost. It looked identical to the original one with the same layout inside. One of the IT security companies named Z-scaler found in its study that those apps contained malware.

When the user would open that app with the same logo as the original one, the app would automatically disappear as if uninstalled from the device. But in the backend, that app would have disabled its icon and then installed a RAT which stands for remote access Trojan inside the user’s device, and this RAT allowed the hacker to access the device completely. With the help of the RAT, hackers were able to copy all the files, access contacts, emails, notes, and even text messages. They also gave access to an open camera and microphone without the user’s permission to record and capture everything happening around. Hence putting user’s financial information and privacy at stack.

This is one such example of many available in the market. So, it is best to stay away from these third-party app stores to stay safe from malicious apps. If you download any app from the official Play Stores like Google or Apple, or Samsung, they make the Apps run through various debug tests, making it hard for malicious apps to existing there.

Sometimes, email also works in third-party stores, as they send you an attachment file of that app, which may be malicious, and if they insist you download that file, you may expect to be hacked.

Before downloading anything from any unofficial site, do your research and try to avoid downloading from anywhere except the official sites, but if you have to, then check that whether the name is precisely the same as the software because most of the time, they try to gimmick the names and logo of original apps to make a fool of the users and then in this way the user’s become the victim of the hacker.

You can also keep your settings of the device in such a way that it does not allow any downloads from third-party software stores. 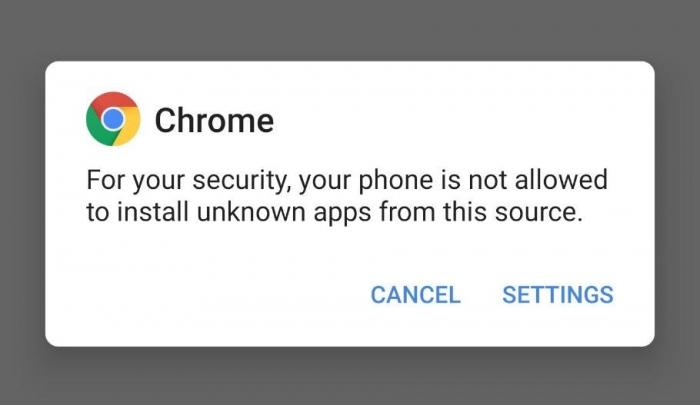