For the most formal occasions, including weddings, christenings, confirmations, funerals, Easter and Christmas customs, along with some state meals, audiences, balls, and horse racing events, formal wear, often known as full dress, is the typical dress category in the Western dress code. Assuming morning dress before 6 p.m. and white tie after 6 p.m., formal attire is generally separated into formal day and evening clothing. However, the most formal iterations of ceremonial attire (such as court gowns, diplomatic uniforms, and academic gowns), full-dress uniforms, religious attire, national costumes, and—very infrequently—frock jackets are generally authorized as other options. Furthermore, it's common practice to advise wearing formal attire with full-size official orders and medals. 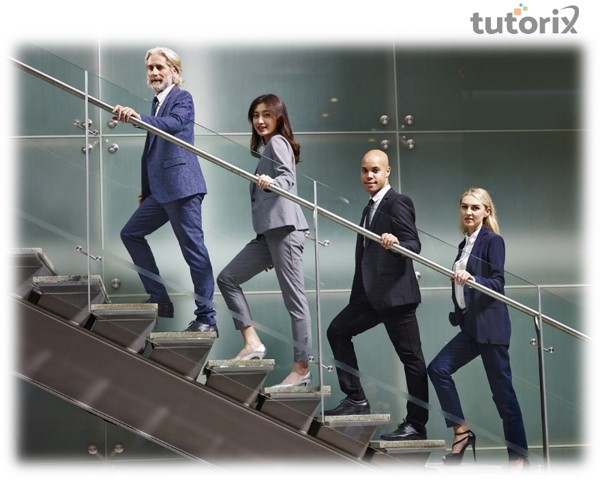 Meaning of the Formal Western Wear

For its distinctive look, men's and women's clothing that falls under the category of "western wear" takes inspiration from the outfits. It is worn in the Wild West of the late 19th century. From historically accurate recreations of American frontier garb to stylized outfits made popular by Western movies, television shows, or singing cowboys like Gene Autry and Roy Rogers in the 1940s and 1950s, it spans the gamut.

Following are some of the significant varieties of formal western wear −

Morning dress, often referred to as formal day dress, is the formal Western dress code for daytime wear and consists mostly of a morning coat, waistcoat, and formal trousers for males, as well as a suitable gown for ladies. Men may also wear a common variant known as a "morning suit" or "morning grey," which distinguishes it by having all of the garments (morning coat, waistcoat, and pants) be the same color and material. This style is only considered properly appropriate for festive occasions like summer weddings and horse races, making it a little less formal.

The most formal of the customary evening western dress requirements is the white tie, sometimes known as a full evening dress or a dress suit. For males, it entails a standing wing collar, a black tailcoat worn over a white dress shirt with a starched or pique bib, a white piqué waistcoat, and the signature white bow tie. The costume is finished off with court shoes and black mid-or high-waisted pants with galon, a braid of trim made of two silk stripes to hide the outer seams of the trousers.

Semi-formal attire, often known as half-dress, is a category of dress rules that designates the type of clothing worn on occasions with a level of formality in between casual and formal attire. The common interpretation in the present period for males is a black tie for evening wear and a black lounge suit for daily use, with a pantsuit or an evening gown for women. The conventional distinction between morning and evening semi-formal attire is whether the event will start before or after 6:00 p.m.

A suit, also known as a lounge suit or business suit, is a set of clothes that includes a suit jacket and matching pants that are worn with a dress shirt with a collar, a necktie, and dress shoes. In Western dress codes, it is seen as informal clothing. With roots in early modern Western Europe, the lounge suit was invented in 19th-century Britain as a more laid-back substitute for sportswear and British country attire. A sober one-colored suit came to be known as a lounge suit in the early 20th century after it replaced the black frock coat as standard daywear. Suits are available in a variety of styles and materials. Different cuts and fabrics, whether two-or three-piece, single-or double-breasted, as well as accessories, are used.

A Western dress code for clothing known as informal wear or undress is characterized by a business suit for men and a cocktail dress or pantsuit for women. It is also known as business wear, corporate/office wear, tenue de Ville, or dress clothes. It is more formal than casual clothing but less formal than semi-formal clothing on the formality scale. Undressed or informal attire should not be confused with casual attire like business or smart casual; most contexts requiring "informal wear" will typically permit casual attire to varying degrees.

A ball gown, ballgown, or gown is a style of evening dress worn to a ball or other formal occasion. The majority of variations have lengthy bouffant-styled skirts, low décolletage, and exposed arms. These dresses are generally worn with opera-length white gloves, vintage jewelry, or couture; a stole (a formal shawl in pricey fabric); a cape; or a cloak in place of a coat. Where "state ornaments" are to be worn, they are on a bow fastened to the chest, and married women wear a tiara if they have one. Even though synthetic materials are now occasionally used, satin, silk, taffeta, and velvet are still the most popular textiles, often adorned with lace, pearls, sequins, embroidery, ruffles, ribbons, rosettes, and ruching.

Black tie, a Western semi-formal dress code for nighttime occasions that has its roots in 19th-century fashion rules from both the United Kingdom and the United States, is now widely used. The dinner suit or dinner jacket—the dress code's main component for men—is frequently mentioned synecdochically in British English. Tuxedo is a common alternative word in American English. The dinner suit comes in two or three pieces and is available in black, midnight blue, or white. It can be identified by its jacket lapels, which are made of satin or grosgrain, and its outseam, which also has similar stripes. It is paired with a white dress shirt with a standing or turndown collar and link cuffs.

The terms "evening gown," "evening dress," or "gown" refer to a lengthy dress typically worn for formal occasions. From ballet (mid-calf to just above the ankles) to tea (above the ankles) to full-length, the drop varies. Evening gloves are frequently used with these gowns. Chiffon, velvet, satin, organza, and other opulent materials are frequently used to make evening gowns. For many evening gowns, silk is a favorite fabric. Ball gowns and evening gowns are often used interchangeably, but they differ in that a ball gown always has a full skirt and a fitted bodice, but an evening gown can have any silhouette; sheath, mermaid, A-line, or trumpet—and may feature straps, halters, or even sleeves.

A pantsuit is a woman's outfit made up of pants and a coordinating or matching coat or jacket, commonly referred to as a trouser suit outside of the United States. The pantsuit got its name because it used to be commonplace for women to wear some kind of coat with a skirt or dress. In the 1920s, a tiny number of women embraced a male look that included pantsuits, hats, canes, and monocles. However, during the First World War, women working in heavy industries in British were preferred to as wearing "trouser suits."

Western dress rules are guidelines for how to dress for different occasions in Western culture. Formal wear, which is defined as a complete dress, semi-formal wear, and informal wear are the three categories. Anything below this is referred to as casual attire, though it may occasionally be combined with other terms like "smart casual" or "business casual" to denote a higher standard than nothing at all.