Trends in adult fashion have begun to have a big impact on children’s fashion. A word used in the retail sector to describe pricey children’s clothing is “grandma bait.” The popularity of social media sites like Instagram has encouraged celebrities and fashion bloggers to post images of their kids wearing designer’s “street style” attire, which has encouraged parents to dress their kids in the same way they would dress themselves. 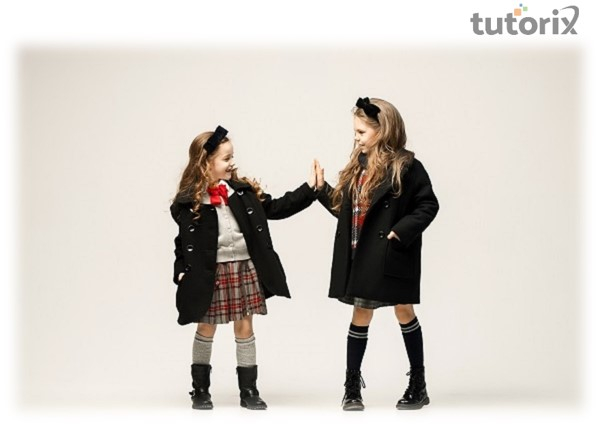 Some parents place a high value on well-made, high-quality clothing, and children’s apparel is being given top billing in luxury clothing boutiques and high-end clothing retailers. From a very young age, clothes are being made specifically for boys and girls. From infancy until puberty, childhood is different from certain dimensions in all civilizations; societal expectations about children’s capabilities, limitations, and appearance are evident at all phases of their development. The “look” of childhood has changed over time, although clothes have always been a significant factor. The evolution of children’s clothing can be seen in its historical context.

For simple practical reasons, young children’s attire that was gender-specific was uncommon for most of history. Both the type of apparel and the colour were taken into consideration. White clothing was easier to clean, less clothing was required because it could be used for any baby, and there was no need for parents to feel like they needed to buy or make an entire set of pink dresses for one baby and then a full set of blue overalls for the next baby. Parents did not know whether the baby would be a boy or a girl before birth, and white clothing was also less expensive.

Children’s Clothing in the Early 90’s

Before the 20th century, kids of all genders wore similar clothes and had similar haircuts. From the sixteenth to the twentieth centuries, men and women wore gowns, tunics, and robes. Only until men’s clothing developed into two-piece clothing, shirts, and breeches did the gown become a thing for women, babies, and toddlers. As kids aged, their fashions changed from gowns to adult clothing.

Gowns for Women and Babies

Swaddling was popular for a brief time, but by the 1500s, babies and crawling toddlers were wearing ankle-length white frocks and slip skirts because women in the 1700s were wearing ultra-fine muslin and chemise dresses that looked strikingly similar to the clothing worn by young children since the middle of the century. As kids’ fashion increased, children’s gowns received new additions, such as waist belts. This ensemble served as yet another perfect illustration of neoclassical women’s dress. During the 1800s, most ladies, girls, and young boys wore light clothing made of silk or cotton.

Girls’ clothing remained largely unchanged in the nineteenth century, but men’s clothing changed dramatically as they aged. From their birth robes through the skirt ensembles they wore their entire lives, the cut and stylistic details of women’s clothing did not change significantly. The length of the dress gradually extended until it reached the floor by the middle of adolescence, which was the key distinction between children’s and women’s fashion.

In order for a child’s outfit to be popular and accepted, function and design must be in the proper proportions. When designing children’s clothing, the types of fabrics used, the openings and fastenings, the fit and ease, and the trims employed are all crucial factors. The shifting shape of the growing child and the various body parts’ proportions are some additional aspects that a designer creating children’s apparel should pay attention to. Two highly prevalent design motifs in children’s apparel are leisure wear and sportswear. Together, ten students are standing. They are all dressed in their school regalia. Around the world, school uniforms are typical. Another example of particular clothing for kids is their school uniforms.

Typically, the weight of the kid determines the size of the infant clothing in America. The height of the child typically determines European size. This can be represented as the child’s predicted age. For example, size 6 months (or 3-6 months) is anticipated to suit a kid who is 24 to 26 inches (61 to 67 centimetres) tall and weighs between 5.7 and 7.5 kilos (13 to 17 lbs) or less.

Midway through the 20th century, gender-specific hues began to appear. Because white clothing could be bleached when it got filthy, it was expensive to buy clothing. As a result, until the Victorian era, when any child could wear any color, baby clothes were not worn by babies. It wasn’t until the 1940s that the colour scheme of pink for girls’ clothing and blue for boys’ clothing became popular. Indeed, in the early twentieth century, males were advised to wear pink clothing as the “stronger color,” while American girls were advised to wear pale blue clothing as the “soft and dainty” color.

When designing children’s clothing, the types of fabrics used, the openings and fastenings, the fit and ease, and the trims employed are all crucial factors. The shifting shape of the growing child and the various body parts’ proportions are some additional aspects that a designer creating children’s apparel should pay attention.