Water on Mars. Is Life next?

In the past several decades, scientists have come up with various theories regarding possibility of life on Mars, and like most other mysteries this one is also yet to be solved. But for unfolding a possible discovery, NASA scientists having putting in lot of money, technology and effort into missions to Mars.

Mars is the 4th planet from the Sun and currently second closest to Earth. With this proximity to Earth it has a few similar physical properties that drives scientific curiosity to find life on the red planet. And scientists consistently attempt to find whether the Martian Physical Environment was ever suitable for the life.

After a decade of consistent effort, the recent discovery by the NASA’s Mars Reconnaissance Orbiter, is the most considerable evidence that proves seasonal flows on some steep slopes on Mars. These flows reflect a set of specific characteristics consistent with the shallow seeps of salty water. 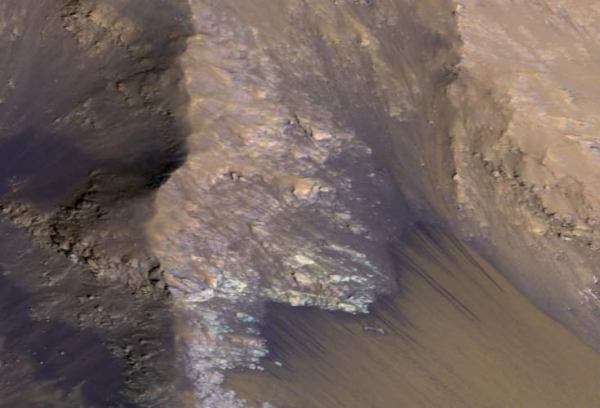 These flows are named as recurring slope lineage because of their properties to fade and disappear during the cold season and reemerge during summer season. This pattern keeps on repeating every Martian year. The flows originate from the comparatively bright bedrock and flow onto sandy fans, where they are noticeably straight, following linear channels. 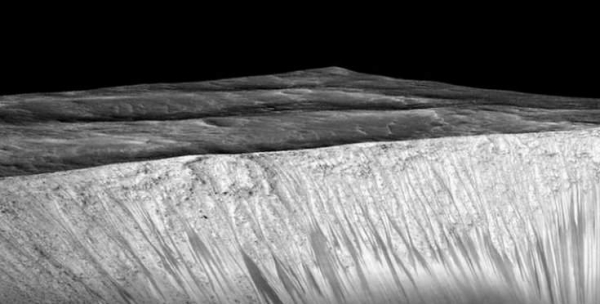 Why is Water needed for Life to exist?

On our planet Earth, all forms of life need water to survive. Water is the common natural chemical (it is also referred as a substance or compound), which consists of H2O molecules i.e. Hydrogen and Oxygen.

It is an inorganic compound that accounts for roughly 55-60% of the body mass of an adult humans. In a lot of living creatures on planet earth body’s fluids, cells, and tissues are constituted largely of water. And water also acts as solvent as well as a delivery mechanism, dissolving essential vitamins and nutrients from food and delivering them to cells.

Furthermore, water has very specific characteristics that other elements, compounds, and even mixtures don’t have. For example,

Because of these very properties which no other molecule or chemical compound has, water acts as a medium in which organic compounds can mix to create complex structures required to create life. And Researchers also say these features of water also protect living beings from the sun’s radiation.

So is Life possible on Mars?

On Mars, therefore, scientists search for evidence of life in areas where the liquid water was once stable. Some scientists also assume that there might also be some current “hot spots” on Mars where hydrothermal pools (similar to Yellowstone National Park, USA) have (had) the places for life. Recent data taken by the Mars Global Surveyor (US robotic spacecraft sent on November, 1996) suggest that liquid water may be available below the surface at some specific places on the planet. And, to prove this, the 2001 Mars Odyssey was missioned to map subsurface water reservoirs on a global scale, which is further supported by NASA’s Mars Exploration Rover Spirit in 2010.

As of now, with the help of Mars Missions including Mars Global Surveyor, Mars Odyssey, Mars Exploration Rover Spirit, and Mars Reconnaissance Orbiter, scientists know the presence of water (ice) at the Martian poles. The regions (specifically polar region where evidence of water is found) could be potential and favorable places to search for evidence of life.

Secondly, along with the water, some other elements are also required for the life. For example, energy; therefore, scientists are also working to know about the energy sources other than sunlight. Here, on the Earth, we find life at many places where sunlight never reaches, for example, dark ocean depths, deep below the surface, and even inside rocks. And for these, chemical and geothermal energy are the major sources of energy.

And scientists have also found that most of the current Martian atmosphere, comprises of carbon dioxide. So, if carbonate minerals were formed on the Martian surface by chemical reactions between the atmosphere and water, then the presence of these minerals are again a clue that water had been present there for a long time; perhaps long enough for the life to have developed.

As new discoveries and evidence come by, we slowly inch towards the answer to whether Life existed or exists in any form on our neighbor, the planet Mars!