Is there a life beyond death?

It is said that “Death is not the end. It is the beginning of a new life journey.” Some nations and regions of the world have some rituals pertaining to death.

Relation Between Body and Soul

It is generally believed that the deceased does not leave us as such. Body is a cage and the soul is simply a bird that wanders and flies in search of salvation. This bird may revisit the family at times and may reminisce the old times spent with them. Thus, people do mourn the loss of the departed soul, but in our hearts, we always feel the presence of the late. 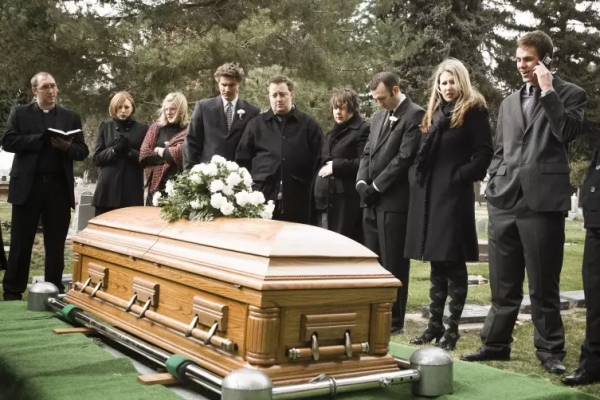 Just like in West-African, French and African-American traditions, the funerals have mourners led by a marching band. The band plays sorrowful dirges at first but once the body is buried, they shift to an upbeat note. Not only playing music but, Cathartic dancing is also performed to commemorate the life of the deceased.

In fact, the Northwestern Philippines blindfold their dead. After the blindfold, they place the dead next to the main entrance of the house. Not only this, their Tinguian neighbors dress in their best clothes, make them sit on a chair and place a burning cigarette between their lips.

Thus, customs vary between different cultures and may even evolve over the period but wear dark, somber clothes is a practice followed in many countries be it Eastern or Western. It's a loss that can not be fulfilled, but keeping the memories intact makes bearing the loss easier.