The Future of Cloud Computing

The revolution of computing started in the early 2000’s. There are multiple reasons for such revolution of computing. As the population got increased, the demand for computing also got increased. As the demand increased, computers reached people much closer than before. The revolution started with large room-sized machines to hand size devices. A lot of technologies played a crucial role in this revolution. One such important technology was the Internet. Many things divided the entire globe. However, internet united the entire globe under a single roof. The role of Internet in computing is very important since computing is getting shifted from on-premise model to Internet. 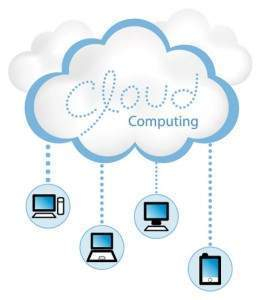 One such type of computing which utilized Internet was Cloud Computing. As the Internet got much cheaper than the initial days, there was paradigm shift from on premise to Internet. In the current situation, one premise has become much costlier than on Internet computing. More than the cost of ownership, the cost on maintaining the devices got reduced as we moved toward Internet based computing. This shift also changed the life of the basic computer user too. People started depending upon the computers for their digital demand. One major development after this shift was, social networking sites.

During the initial days, although Internet connected the people all over the world via mail. It was not that fast and reliable connectivity. It was just better than the conventional way in which world was connected. People expected some reliable and much faster way of connectivity. As the internet was static in nature, there was no user interaction in the Internet. Static web can be considered as the trial version of Internet. As the need get increased, we moved from Static web to dynamic web.

Social networking sites emerged at that time as a part of Dynamic Web. User interaction was quite high after the arrival of User Interaction. off all other applications of Dynamic web, Social networking sites made the connectivity as fast, reliable, accessible, instant than the conventional mail and electronic mail. Communication became much cheaper and reliable than before. This also lead the companies to generate huge revenue. As the data grew, requirements also grew. Due to this tremendous data growth, computational requirements shifted from on premise to the Cloud. Cloud became the Savior for the demand created by the dynamic web. 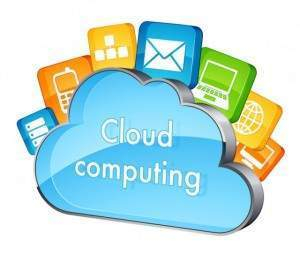 Now, Cloud computing cannot be termed as current trend in Information and Technology sector, as it has already started its revolution in the IT sector. Increase in the number of Service providers and the number of Start-ups based upon cloud has increased in the past few years, which can be considered as the outcome of Cloud Revolution. Cloud had made everything cheaper and better than the on-premise services.

Services offered by the Cloud is the reason for this tremendous change. In the past few years, Cloud had met all the computational requirements of the user and changed the nature of computing. And now, Cloud has reached a saturation point in IT industry. The impact of Cloud in the IT business is quite significant. It has tremendously reduced the capital expenditure of an organization and also opened a different dimension in the product delivery to the clients. Almost all the organizations had either moved towards cloud or they have started their migration to the cloud.

Although certain Cloud service providers like Microsoft Azure, Amazon Web Services had already started providing these services to their user. Impact of these cloud services are going to 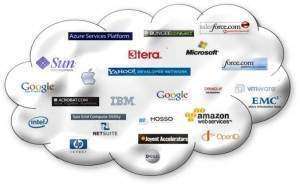 be significant for the companies which had already migrated to the cloud and the success rate will induce the rest of the companies to move towards cloud. As the companies are moving towards the cloud, data would grow exponentially and will have good demand for the employees with knowledge on cloud computing services.

As the requirements and demand for cloud increases, it will be mandatory for the information technology sector employees to have the understanding on Cloud. Basic knowledge on cloud, analytics and orchestration will become mandatory among the IT employees for a long run in the industry. Beyond the existing employees, the future employees should have basic knowledge on the concepts of cloud computing. Educational institutions should come forward to enhance the knowledge on cloud and promote real-time research on Cloud. Proper research work on the real-time issues faced by the concept of cloud computing and services offered by the cloud will help the growth of the sector too.

Basic knowledge on PowerShell will be mandatory for the Orchestration. Amazon Web service has its own analytics environment and orchestration can be implemented using any third party vendor tools. Amazon Command Line Interface will help the end user during the automation process. Basic free trial subscription in Amazon Web Services will not be sufficient to use these services. Upgraded premium subscription will enable the user to explore more on Cloud.