The top-down strategy uses the modular approach to develop the design of a system. It is called so because it starts from the top or the highest-level module and moves towards the lowest level modules.

Bottom-Up Strategy follows the modular approach to develop the design of the system. It is called so because it starts from the bottom or the most basic level modules and moves towards the highest level modules.

In structured designing, the system specifications act as a basis for graphically representing the flow of data and sequence of processes involved in a software development with the help of DFDs. After developing the DFDs for the software system, the next step is to develop the structure chart.

Structured design partitions the program into small and independent modules. These are organized in top down manner with the details shown in bottom.

Thus, structured design uses an approach called Modularization or decomposition to minimize the complexity and to manage the problem by subdividing it into smaller segments.

It consists of diagram consisting of rectangular boxes that represent the modules, connecting arrows, or lines. 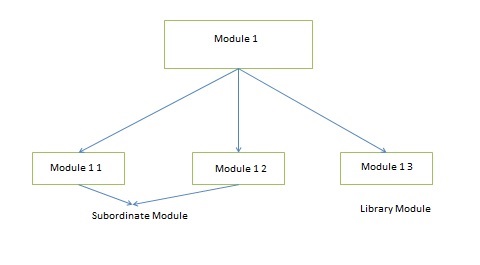 We have two different approaches to design a structured chart −

The two important concepts related to the system development that help in determining the complexity of a system are coupling and cohesion.

Coupling is the measure of the independence of components. It defines the degree of dependency of each module of system development on the other. In practice, this means the stronger the coupling between the modules in a system, the more difficult it is to implement and maintain the system.

Each module should have simple, clean interface with other modules, and that the minimum number of data elements should be shared between modules.

These type of systems have interconnections with program units dependent on each other. Changes to one subsystem leads to high impact on the other subsystem. 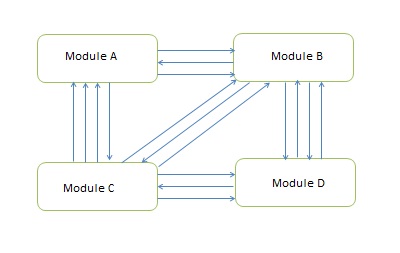 These type of systems are made up of components which are independent or almost independent. A change in one subsystem does not affect any other subsystem. 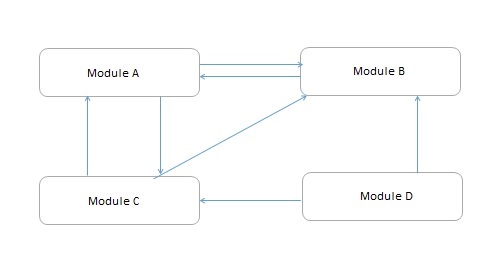 Cohesion is the measure of closeness of the relationship between its components. It defines the amount of dependency of the components of a module on one another. In practice, this means the systems designer must ensure that −

The worst degree of cohesion

Coincidental cohesion is found in a component whose parts are unrelated to another.