SIP (Softphone) and PSTN (Old telephone) both are different networks and speaks different languages. So we need a translator (Gateway here) to communicate between these two networks.

Let us take an example to show how a SIP phone places a telephone call to a PSTN through PSTN gateway.

In this example, Tom (sip:tom@tutorialspoint.com) is a sip phone and Jerry uses a global telephone number +91401234567.

SIP to PSTN through Gateways

The following illustration shows a call flow from SIP to PSTN through gateways. 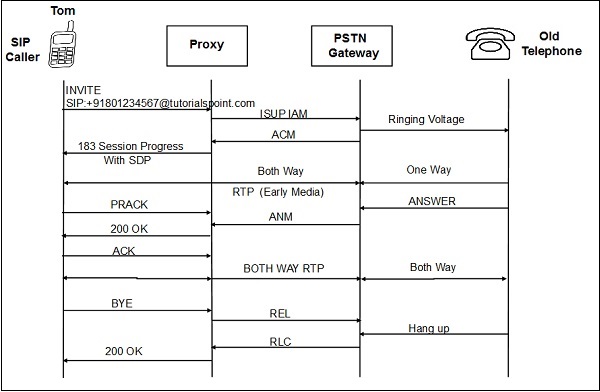 Given below is a step-by-step explanation of all the process that takes place while placing a call from a SIP phone to PSTN.