There are some entities that help SIP in creating its network. In SIP, every network element is identified by a SIP URI (Uniform Resource Identifier) which is like an address. Following are the network elements −

It is the network element that takes a request from a user agent and forwards it to another user.

There are two types of proxy servers −

The registrar server accepts registration requests from user agents. It helps users to authenticate themselves within the network. It stores the URI and the location of users in a database to help other SIP servers within the same domain.

Take a look at the following example that shows the process of a SIP Registration. 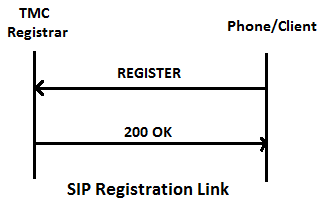 Here the caller wants to register with the TMC domain. So it sends a REGISTER request to the TMC’s Registrar server and the server returns a 200 OK response as it authorized the client.

The redirect server receives requests and looks up the intended recipient of the request in the location database created by the registrar.

The redirect server uses the database for getting location information and responds with 3xx (Redirect response) to the user. We will discuss response codes later in this tutorial.

The location server provides information about a caller's possible locations to the redirect and proxy servers.

Only a proxy server or a redirect server can contact a location server.

The following figure depicts the roles played by each of the network elements in establishing a session. 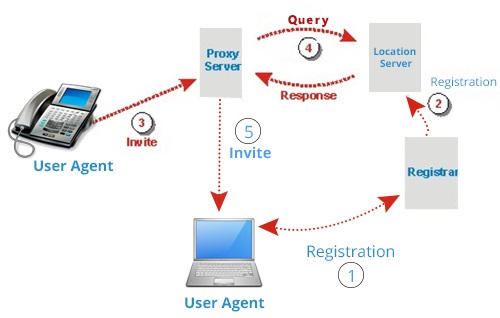 SIP is structured as a layered protocol, which means its behavior is described in terms of a set of fairly independent processing stages with only a loose coupling between each stage.