SIP messages are of two types − requests and responses.

SIP requests are the codes used to establish a communication. To complement them, there are SIP responses that generally indicate whether a request succeeded or failed.

These SIP requests which are known as METHODS make SIP message workable.

There are six core methods as discussed below.

INVITE is used to initiate a session with a user agent. In other words, an INVITE method is used to establish a media session between the user agents. 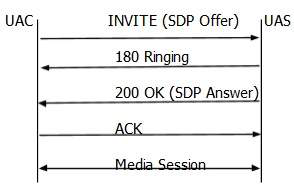 The following code shows how INVITE is used.

BYE is the method used to terminate an established session. This is a SIP request that can be sent by either the caller or the callee to end a session.

REGISTER request performs the registration of a user agent. This request is sent by a user agent to a registrar server.

CANCEL is used to terminate a session which is not established. User agents use this request to cancel a pending call attempt initiated earlier. 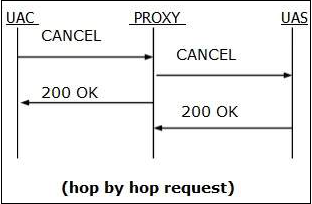 ACK is used to acknowledge the final responses to an INVITE method. An ACK always goes in the direction of INVITE.ACK may contain SDP body (media characteristics), if it is not available in INVITE. 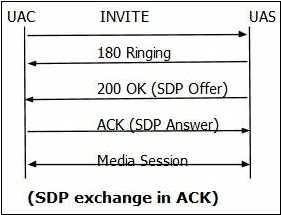 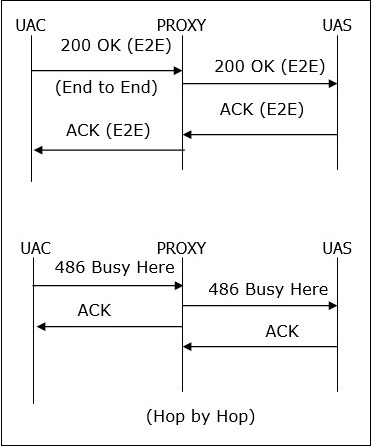 OPTIONS method is used to query a user agent or a proxy server about its capabilities and discover its current availability. The response to a request lists the capabilities of the user agent or server. A proxy never generates an OPTIONS request.

SUBSCRIBE is used by user agents to establish a subscription for the purpose of getting notification about a particular event. 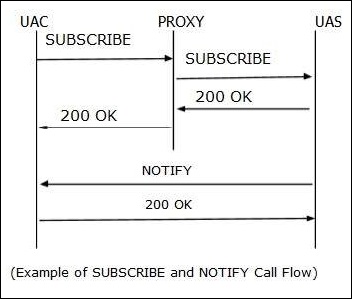 NOTIFY is used by user agents to get the occurrence of a particular event. Usually a NOTIFY will trigger within a dialog when a subscription exists between the subscriber and the notifier.

PUBLISH is used by a user agent to send event state information to a server. 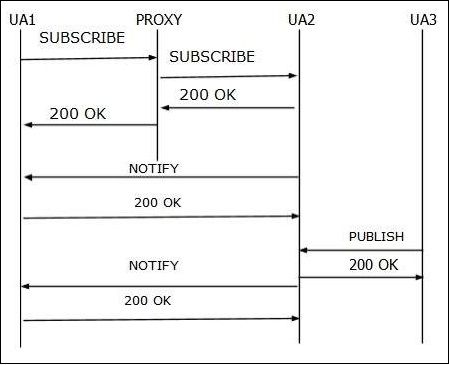 INFO is used by a user agent to send call signalling information to another user agent with which it has established a media session.

UPDATE is used to modify the state of a session if a session is not established. User could change the codec with UPDATE. 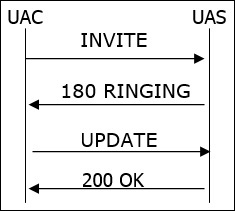 IF a session is established, a re-Invite is used to change/update the session.

PRACK is used to acknowledge the receipt of a reliable transfer of provisional response (1XX).

It is used to send an instant message using SIP. An IM usually consists of short messages exchanged in real time by participants engaged in text conversation. 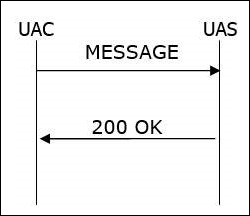