This chapter takes you through the loop control structures in Scala programming languages. 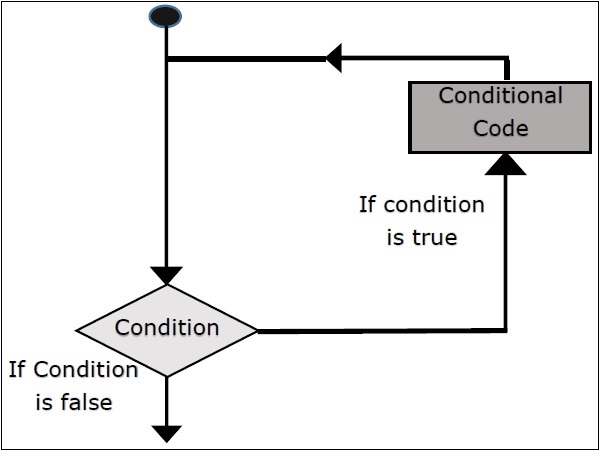 Scala programming language provides the following types of loops to handle looping requirements. Click the following links in the table to check their detail.

Loop control statements change execution from its normal sequence. When execution leaves a scope, all automatic objects that were created in that scope are destroyed. As such Scala does not support break or continue statement like Java does but starting from Scala version 2.8, there is a way to break the loops. Click the following links to check the detail.

A loop becomes an infinite loop if a condition never becomes false. If you are using Scala, the while loop is the best way to implement infinite loop.

Save the above program in Demo.scala. The following commands are used to compile and execute this program.

If you will execute above code, it will go in infinite loop which you can terminate by pressing Ctrl + C keys.