The spinning motion of an object, around its own axis is referred to as rotation. An object's orbital motion that is cantered on any other object is known as the revolution. The earth rotates around itself and produces day and night. This is an example of rotation and when it moves around the Sun in a particular path this is regarded as a revolutionary process.

Based on a centre of a particular object, the rotation is a significant and circular movement. The two most important elements of a rotation are the centre of the whole rotation and the particular angle of the rotation (Kure & Sakai, 2021). The angle helps in determining the range of rotation.

The rotation axis is an important component that connects the rotation path of the objects. On the planet, the imaginary line on which, the Earth, other planets, and Moon are rotating continuously is known as a rotation axis. In a particular time in which the axis passes through an object’s centre of mass, the object spins and rotates itself (Kotlan, Karban & Doležel, 2018). There are basic three types of rotation, intrinsic, precession, and nutation rotation.

Key characteristics of the rotation and revolution

The Earth is spinning around the Sun at 23.5 degrees on its axis. The rotation of Earth is counter clockwise. Rotation causes day and night. A single rotation takes a time of about 24 hours. The concept of centrifugal force is associated with these characteristics. The revolution path of the Earth is oval in shape. Speed of the Earth’s revolution = 68000 miles in an hour. A single revolution takes time of a whole year, 365.25 days.

Forces of rotation and revolution

Rotation and revolution of an object are integrally connected to the centrifugal force. This force is an inertial force that impacts a particular object which is in the middle of a rotation. Whole rotational movement is connected to this. This force works outwardly. In this type of force, a parallel axis with the axis of rotation is found (Mallama & Hilton, 2018). This type of axis generally passes through the origin of a particular system. 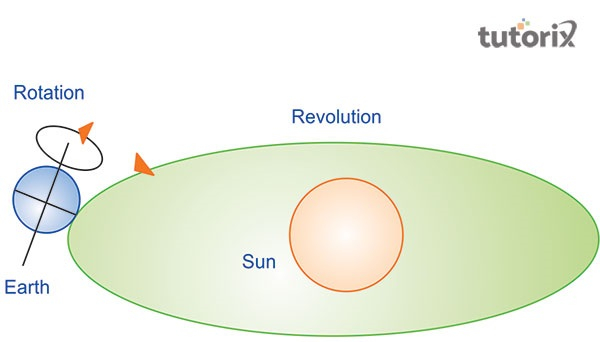 Figure 3: Earth’s rotation around the Sun

The formula for presenting a centrifugal force is “F = mω2r”. In this formula, m denotes the mass of the object. The symbol ω denotes the range and value of angular velocity. The distance from the object’s origin is presented with r.

The orbits of the planets, moving around the sun are firstly introduced and described by Johannes Kepler. Planetary motion can be explained by three significant laws (Guo, Liu & Ding, 2018). The concept of elliptical orbits is also introduced by Kepler. A high range of a planet’s velocity during the time when it remains close to the sun is also explained by Kepler. The first law states that all planets, including the Earth, revolve around the sun in elliptical orbits. According to Kepler’s second law in an equal span of time, a line that joins the sun and the planet covers an equal area. The third law states that the cube of the mean distance of a particular planet is equal to the square of the time (Lai et al. 2020). This time is taken by the planet for completing a single revolution. The relation between the time and the mean distance is proportional.

The difference between the rotation and revolution

Table 1: Differences between rotation and revolution

Rotation and revolution are integrally connected to the concept of the circular motion of the earth. In physics as well, the rotation of an object is dependent on a particular axis. Revolution impacts various characteristics of an object. The centrifugal force helps an object to rotate on a particular line and within range. Based on Kepler’s law, associated with planetary motion the rotation and revolutionary components can be analyzed.

Q1. Was there any time when the earth used to change its rotation speed?

Ans. The earth used to change its rotation based on the mass distribution of the Earth and its changes in the atmosphere. Different movements of air and water and the number and types of earthquakes also play an important role in changing the rotation rate of the Earth.

Q2. Is the Earth’s rotation ever affected before by an earthquake?

Ans. A report has been prepared by NASA based on the Indonesian Earthquake. In this report, it is found that the length of the day has decreased from before, and with that, the North Pole is slightly shifted by a few centimetres. The Earth’s shape has been changed a little also with this earthquake.

Q3. What is meant by equinox?

Ans. At a specific time, the Sun crosses the celestial equator. At that time the length of the night and day are equal. This time is known as the equinox. There are two equinoxes every year.

Q4. Which factor mainly forces the earth to rotate?

Ans. The Sun’s attraction toward the Earth is the main reason behind the rotation of the Earth. A rotational force is found to be produced by the Sun that acts on the Earth and helps it to rotate.