Role of Gender and Race in Shaping Personality

Today, we face the challenges of living in a more diverse and multicultural society each year. Television, air travel, and the Internet bring the world's citizens closer together and make it essential that we take a broader perspective on our identity, the pressure we feel to conform to social groups, and our search for meaningful social relationships. 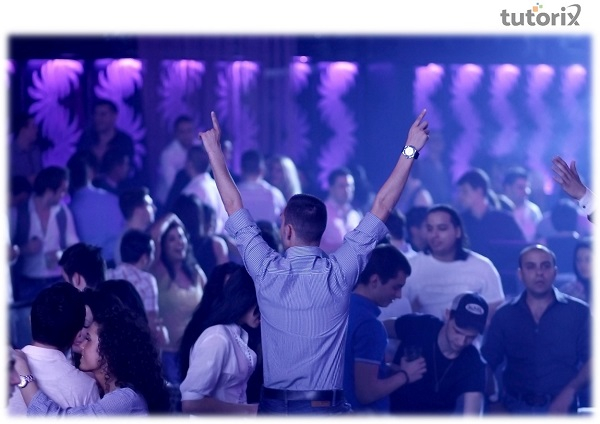 The term personality has been derived from the Latin word 'Persona,' which means a mask. According to the concept of mask, personality is thought to be the effect and influence that the individual wearing the mask leaves on the onlookers. Guilford (1959) defines personality as, "An individual's personality, then, is his unique pattern of traits. A trait is any distinguishable, relatively enduring way in which one individual differs from another." The Five-Factor Model of personality, also known as the "Big Five," is a suggested taxonomy, or grouping, for personality traits, developed in the 1980s in psychological trait theory. This model was created using just a few trait dimensions to capture as much variation in people's personalities as possible. According to many personality psychologists, its five domains capture the most crucial, fundamental individual differences in personality traits. 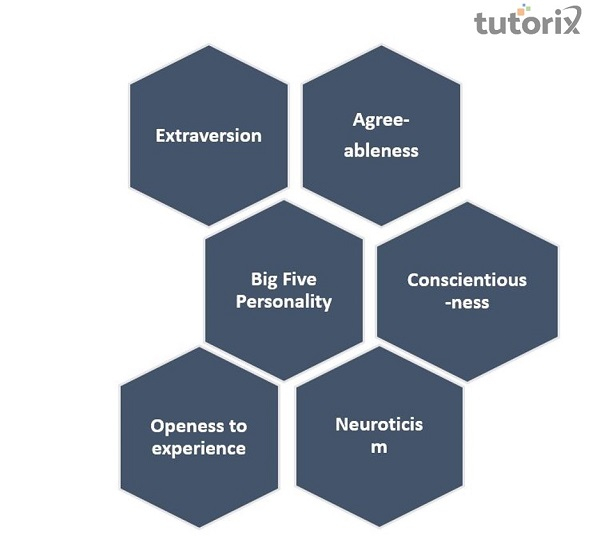 The socially constructed characteristics of men, women, girls, and boys are considered gender. This covers interpersonal relationships and the standards, mannerisms, and roles that come with being a woman, man, girl, or boy. Gender is a social construct that differs from culture to culture and can evolve. To investigate psychological distinctions between genders, personality research is particularly helpful. When describing gender differences in personality traits, it is common to look at which gender, on average, scores higher on each trait. Therefore, the aim of investigating gender differences in personality is to elucidate the differences among general patterns of behavior in men and women on average, understanding that both men and women can experience the full range of most traits.

According to Buss (2008), biological and evolutionary approaches contend that gender differences result from men's and women's dimorphically evolved reproductive concerns and parental investment in offspring. According to these theories, women should be more concerned with successful child rearing and, as a result, should be more cautious, agreeable, nurturing, and emotionally involved. Conversely, men should be more concerned with finding viable mating opportunities and, as a result, should be more assertive, risk-taking, and aggressive. In his 2011 research, Weisberg found that women score higher than men on neuroticism as measured at the Big Five trait level. According to Costa et al. (2001), anger or hostility is one facet of neuroticism in which women do not always exhibit higher scores than men.

Altruistic traits such as empathy and kindness are included in the definition of agreeableness. Women consistently outperform men on Agreeableness and related measures like tender-heartedness. According to Feingold (1994), women score slightly higher than men on some aspects of Conscientiousness, such as order, dutifulness, and self-discipline. These differences, however, are not consistent across cultures, and no significant gender difference in Conscientiousness has typically been found at the Big Five trait level.

Openness or Intellect generally refers to the ability and interest in attending to and processing complex stimuli. Gender is not significantly influencing openness or Intellect at the domain level, likely due to the divergent content of the trait. For example, women have been found to score higher than men on the facets of aesthetics and feelings, whereas men tend to score higher on the ideal facet. 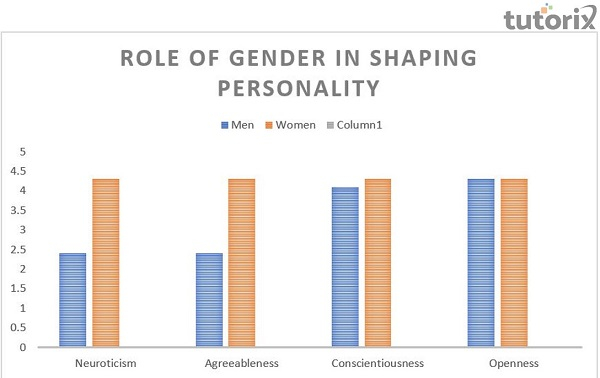 The evidence mentioned above from the literature points out that the average personalities of men and women are systematically different.

Race is a socially constructed human classification system used to distinguish between groups of people with phenotypic characteristics. The study of racial differences influencing personality and affect are frequently based in the domain of cross-cultural psychology and is frequently associated with replicating findings in remote parts of the world. Just as personality domains have been characterized in terms of two dimensions (high or low in a trait), so has the affected domain been characterized in terms of two dimensions (positive and negative affect). Several studies have established the association between the five-factor model of personality and positive and negative affect. Costa and McCrae observed that neuroticism predicted negative affect, and extraversion predicted positive affect in everyday life. When these two psychological measures are combined, they can account for temperament and trait-like responses to stressors.

Several studies show no significant differences in the Five-factor model of personality traits based on race. Positive and negative affect are two other personality measures that can be used to evaluate personality and may be able to reveal racial influences on specific personality traits.

Contributions of ethnic identity to personality development are often overlooked because of a tendency to focus on internal dispositions. Kurt Lewin (1939) asserted that race and ethnicity shape many psychological environments.