Rocks that are available in nature are subjected to changes in shape and size. The process of the rock cycle is a standard concept in the study of geology that governs the aspect of the transition in the states of rock. The rocks found in nature are constantly being recycled over a certain period. These rocks undergo various stages of chemical and physical changes that alter their structure. The three key forms of rocks that are found in nature are sedimentary, metamorphic and igneous rocks.

The rock cycle is the process that defines the transition of the rocks over a long period. The rocks that are found in nature are in a state of constant transformation and transition over a long period and they never retain their original shape. As opined by Okewale & Coop (2020), in general, there are three prominent types of rocks to be found in nature that is sedimentary, metamorphic and igneous rocks. The rocks are mostly influenced by external environmental conditions. These rocks constantly undergo changes and they either alter in shape or get destroyed when they are to be put out of their equilibrium condition.

The rock formation cycle and the associated weathering process constantly nourish the earth's mineral content. Therefore, by the process of the rock cycle, a type of rock with certain characteristic features transforms into a rock of a different kind altogether. This process or rock cycle is accelerated by several processes, such as the tectonic activity of the earth's plates, withering of the rocks and other erosional processes continuously recycling the rocks. 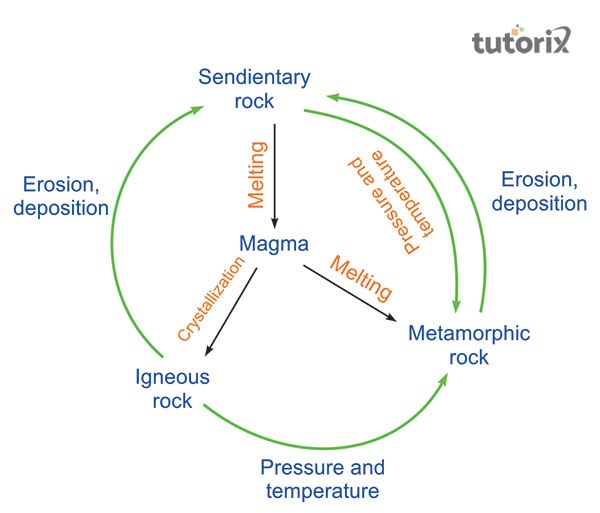 The rocks that are formed and influenced by several natural processes are categorized mainly into three different forms. These are rocks are mentioned as igneous rocks, sedimentary rocks and metamorphic rocks.

These rocks are mostly formed by eh process of solidification which occurs by the cooling of lava and magma. The extrusive rocks of this kind are found on the surface of the earth and intrusive rocks are found beneath the surface, these are also called plutonic rocks (sandatlas 2022). The most common example of these types of rocks is granite and basalt. 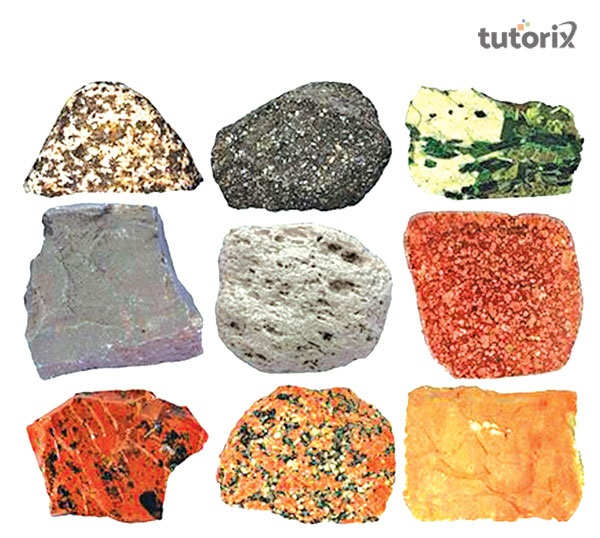 The metamorphic rocks are found on the surface of the earth. Classification of these rocks is conducted based on the chemical constituent, mineral content and texture. Quartzite, marble, schist, gneiss and phyllite are some of the most common examples of metamorphic rocks (amnh 2022). These rocks are also formed below the earth’s surface due to high pressure and temperature. 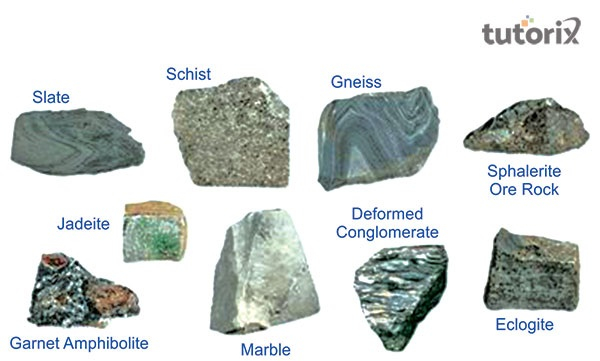 The transition to igneous rocks occurs when the rocks are pushed further into the depths of the surface of the earth and then they are melted into a magma state. In case this condition is not met any further that will aid in the retention of magma in a liquid state, then the magma will turn solid and becomes an igneous rock.

In this stage of the rock cycle, the rocks are further exposed to very high temperatures and pressure. According to Özbek et al. (2018), often these rocks experience extremely high temperature and pressure that helps in their process of transition. Furthermore, these process helps in the transformation of the rocks in their physical and chemical state and thus a metamorphic rock is formed.

Rocks are further exposed to an ambience that is thoroughly unstable and are subjected to the conditions of weathering and erosion that transforms the rocks completely. According to Husson & Peters (2018), these processes break down the rock into smaller pieces which further carries away dissolved materials. Through stage, classical and organic sedimentary rocks are formed, in the first case; the rocks are formed due to the chemical deposition on the surface of the parent rock and in the case of organic rocks deposition of plant and animal debris helps in the formation of these kinds of rocks.

The rocks found all across the earth are all subjected to various kinds of transformation and they undergo a chemical and physical transformation. This transition in the states of the rocks is aided by various natural events like weathering and erosion. These constant transitions in the state of rocks are associated with the aspect of the rock cycle. The process of the rock cycle helps in the formation of igneous rocks, sedimentary rocks and metamorphic rocks these are the three major forms of rock that are found in the environment.

Q1. What are the three major types of rocks?

Ans. The most prominent forms of rocks found on earth are igneous rocks, metamorphic rocks and sedimentary rocks. These differ in chemical and physical traits and are subject to a constant state of transition over a prolonged period.

Q2. What is the scientific study of rocks called?

Ans. The scientific study of rocks is called petrology. This branch of study mentions the origin of rocks and their associated characteristic features. This is considered to be a major discipline in the field of geology.

Q3. What are the three types of sedimentary rock?

Q4. Which factor determines the name and properties of rocks?

Ans. The silica content present in the rock determines its name and properties. The silicate mineral is found in abundance in all the rocks on earth.