What is quantum physics?

Characteristically, quantum physics takes the study of matter and energy to a whole new level and explosions the phenomena that happen on the subatomic level.

Wave-particle duality is a concept that is used in quantum physics for describing the way particles, waves and matter appear in real-time. Wave-particle duality expresses the inability of the classical concepts of wave or particle and their behaviour at the atomic or sub-atomic level. It also refers to the fundamental property of the matter when it appears like a wave and acts like a particle in real-time (Wilson, 2020).

In simple words, for understanding the duality of wave-particle, the differences between waves and particles need to be outlined in real-time.

According to the principle of wave-particle duality, particles can appear as a wave as well as a particle sometimes. The duality of matter is also explained with the De-Broglie relationship that displays the nature of the particle as well as the wave in nature. According to the relationship, the particle nature comes from the mass of the matter and the wave nature comes from its matter wave (Breakingatom, 2022). In order to display the dual behaviour of matter, De-Broglie relationship uses the formula of where λ is the wavelength of the matter, h is the plank’s constant, m is the mass and v is the velocity.

The quantum theory was explained by Max Plank by composing numerical conditions for expressing the individual units of energy (Livescience, 2022). Later, quantum theory was revised with Einstein’s Photoelectric effect which explained the hypothesis of dual behaviour of matter successfully. 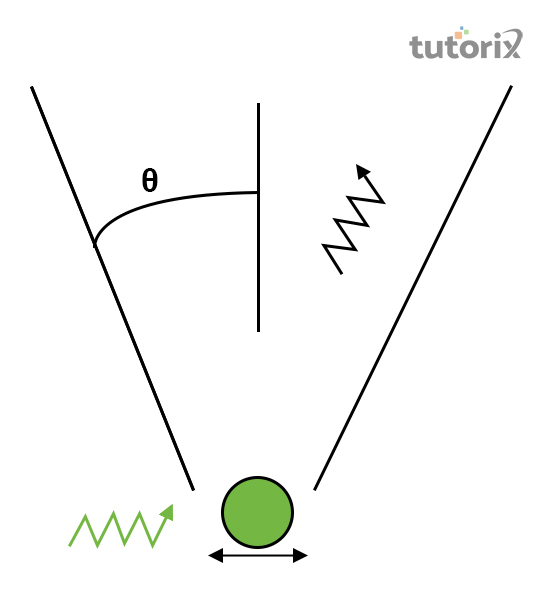 This phenomenon happens due to the dual behaviour of matter in real-time. So, Heisenburg’s uncertainty principle is utterly based on the concepts of wave-particle duality where a particle can appear as a wave one time and it can appear as a particle the other time.

Applications of quantum theory in real-time

Quantum theory can be applied to multiple aspects of the daily human lives starting from the telecommunication system to electron microscopy and many more. Quantum theory is used in studying quantum optics and quantum computing in real-time.

Additionally, it is also used in constructing the light-emitting diodes, superconducting magnets, transistors and semiconductors. It is also applied in optical amplifiers, lasers, Magnetic Resonance Imaging and electron microscopy as a key working principle.

It also has possible applications in other fields like chemistry, where it is used for providing a quantitative insight into chemical bonding in real-time (Bitzenbauer & Meyn, 2020). In simple words, quantum theory is an essential part of quantum mechanics that helps in studying the nature and behaviour of energy and matter properly in real-time.

Quantum physics can be seen almost everywhere in the daily human lives starting from quantum optics to the telecommunication system. The phenomenon plays an important role in making quick two-way communications in telecommunications. It incorporates the principles of wave-particle duality and uncertainty principle by Heisenberg for outlining the behaviour and nature of energy and matter in real-time.

Q1. What are some of the examples of wave-particle duality in real-time?

For example, if the electrons present within a matter sits in a lighted-up screen and hits it, it may appear as a wave sometimes or it can appear as a particle due to wave-particle duality. It also outlines the factor that every particle in this world starting from an electron to a baseball has its duality, based on their behaviour and principle of nature.

Q2. What does Heisenburg’s uncertainty principle explain at a surface level?

The quantum theory also explains the phenomenon of wave-particle duality described by De-Broglie. The theory also depends on the uncertainty principle of Heisenburg that explains the position and force of molecules at a subatomic level.

Q3. On which real-time factors does the phenomenon of quantum physics can be applied?

Quantum physics is applied in other parts like quantum optics, quantum computing and many other fields to explain the way energy and matter work in real-time. In a broader context, quantum physics is an important branch of physics that offers a detailed and new way of looking at the working process of the world.