Quantum mechanics is a scientific phenomenon that happens everywhere in daily lives starting from lasers to integrated circuits and many more. In real-time, many technologies rely upon quantum effects to work properly. Quantum mechanics is also crucially important for understanding the way individual atoms are joined by covalent bonds, especially while forming molecules. Real-time components like lasers, telecommunications, magnetic resonance imaging, GPS and atomic clocks use the technology of quantum mechanics for functioning properly.

What is Quantum Mechanics?

Quantum mechanics can be defined as a branch of physics that deals with the behaviour of light and matter on an atomic and sub-atomic level. The fundamental properties of atoms and molecules are outlined and described in this branch. It also explains the way electrons, protons, neutrons, quarks and gluons interact with each other with the help of electromagnetic radiation. 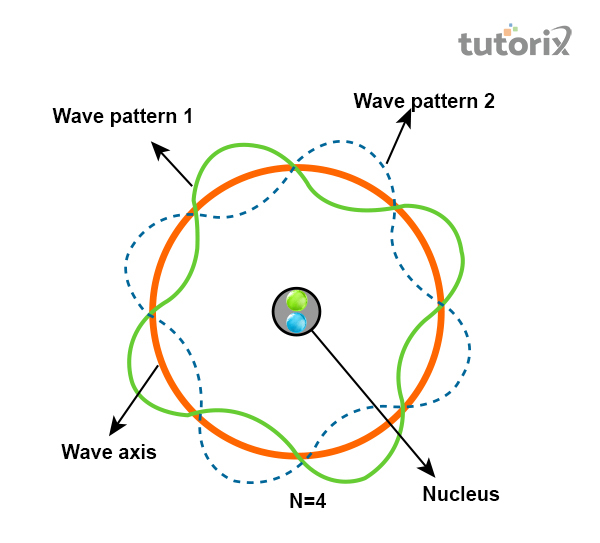 Quantum mechanics mostly function with the principle of space and time while dealing with light and matter on an atomic or sub-atomic level (Erwin-schrodinger-wave-model, 2022).

Discussion on the Schrödinger’s Cat Paradox

Schrödinger's Cat Paradox is a famous experiment used in describing the function of quantum mechanics in real-time. In the initial stage of quantum mechanics, it was believed that quantum mechanics suggests that no particles have well-defined properties until they are observed meticulously. The same concept was used in the Schrödinger's Cat Paradox experiment. Here, a cat was trapped in a box filled with a box of potassium cyanide to see what happens if the cat accidentally opens the box and consumes it. After the observation for a specific amount of time, it was concluded that two probabilities are roaming in this experiment regarding the consumption of potassium cyanide by the cat (Kramers, 2018). 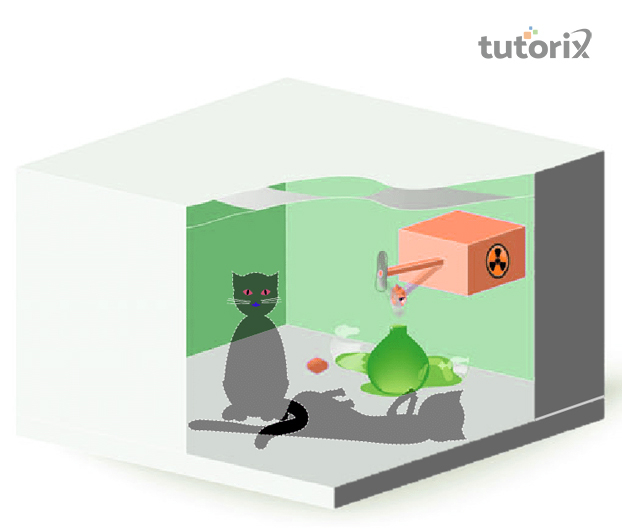 From this test, it was concluded that until the box is opened by the tester, one couldn’t be sure what happened inside the box and whether the cat is alive or dead within the box

Similarly, here quantum mechanics denotes that there is an entanglement between the wave particles in real-time until it is opened and observed for checking the authenticity of the result. In addition, here the duality of the wave particles can be seen where there are half-half chances of the cat being alive or dead before the box is unveiled (Researchgate, 2022).

So, when the physical systems stops being in their superposition of states it can become either one possibility or the other until an observation is taking place in real-time.

The working process of quantum mechanics relies upon different principles as well as dissent formulas under multiple circumstances. The quantifying process for describing quantum mechanics vary from one another when this phenomenon takes place in real-time. Primarily, it follows the wave function probability density formula where it is denoted by

In simple words, quantum mechanics is a scientific phenomenon that allows people to calculate the behaviour and properties of physical systems that can be seen in real-time. Typically, it can be applied to the creation of different physical systems where it deals with the outlining of the properties of molecules, atoms and sub-atomic particles

Q1. Can the particles be at two places at the same time according to the laws of quantum mechanics?

According to the rules of quantum mechanics, two particles can exist in multiple areas at once until they are observed closely. Based on their observations, there are possibilities that one particle can be in different places at once.

Q2. Do the quantum particles originate from nothing?

In quantum mechanics sometimes, the formation of higher energy influences the origination of particles from seemingly nothing. The fluctuation of quantum fields can help in the creation of virtual particles which are originated from nothing

Q3. Can human beings stay in a superposition in real-time?

The regular ‘working principle of quantum mechanics suggests that larger particles like humans and eggs cannot appear in a superposition due to their massive size. So, it might not be possible for humans to exist in the superposition in real-time.