We use the seaborn python library which has in-built functions to create such probability distribution graphs. Also the scipy package helps is creating the binomial distribution. 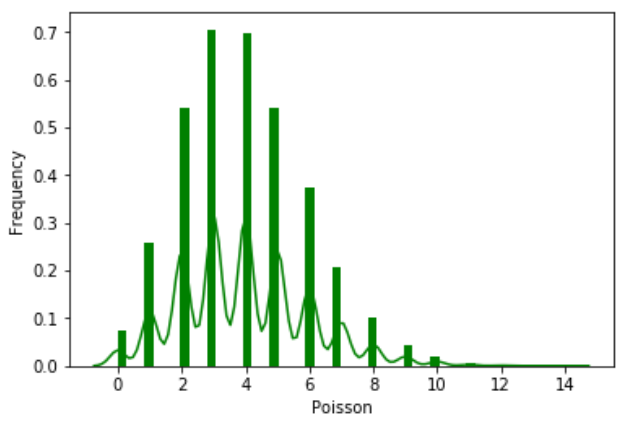