To begin with, let us understand what a sparse graph is and how it helps in graph representations.

What exactly is a sparse graph?

One very efficient way to represent graph data is in a sparse matrix: let us call it G. The matrix G is of size N x N, and G[i, j] gives the value of the connection between node ‘i' and node ‘j’. A sparse graph contains mostly zeros − that is, most nodes have only a few connections. This property turns out to be true in most cases of interest.

As a concrete example, imagine that we would like to represent the following undirected graph − 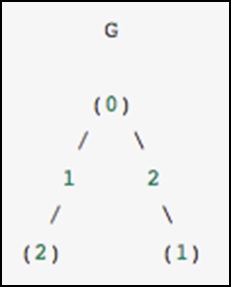 Let us consider the following example.