A use case describes the sequence of actions a system performs yielding visible results. It shows the interaction of things outside the system with the system itself. Use cases may be applied to the whole system as well as a part of the system.

An actor represents the roles that the users of the use cases play. An actor may be a person (e.g. student, customer), a device (e.g. workstation), or another system (e.g. bank, institution).

The following figure shows the notations of an actor named Student and a use case called Generate Performance Report. 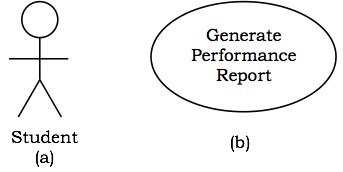 Use case diagrams present an outside view of the manner the elements in a system behave and how they can be used in the context.

Use case diagrams comprise of −

Use case diagrams are used −

Let us consider an Automated Trading House System. We assume the following features of the system − 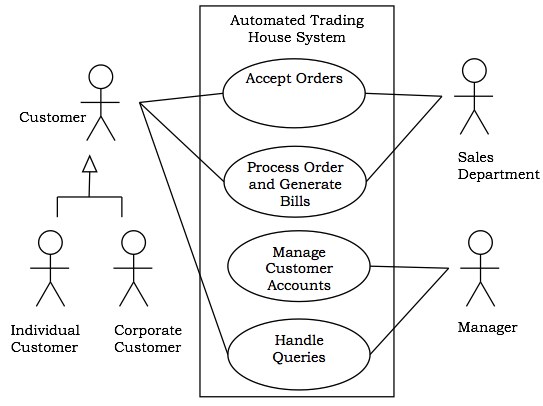 Interaction diagrams are used for modeling −

Sequence diagrams are interaction diagrams that illustrate the ordering of messages according to time.

Notations − These diagrams are in the form of two-dimensional charts. The objects that initiate the interaction are placed on the x–axis. The messages that these objects send and receive are placed along the y–axis, in the order of increasing time from top to bottom.

Example − A sequence diagram for the Automated Trading House System is shown in the following figure. 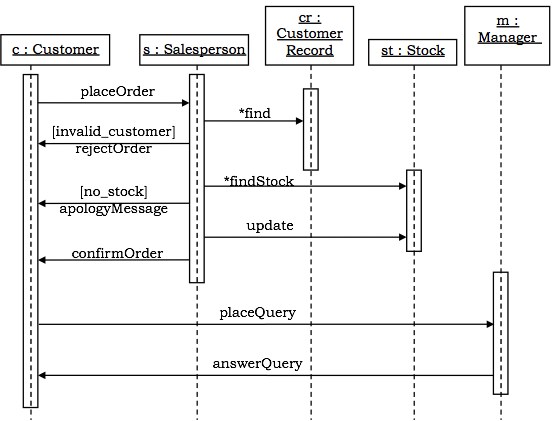 Collaboration diagrams are interaction diagrams that illustrate the structure of the objects that send and receive messages.

Notations − In these diagrams, the objects that participate in the interaction are shown using vertices. The links that connect the objects are used to send and receive messages. The message is shown as a labeled arrow.

Example − Collaboration diagram for the Automated Trading House System is illustrated in the figure below. 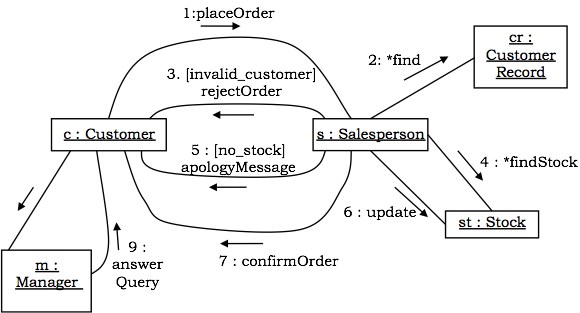 A state–chart diagram shows a state machine that depicts the control flow of an object from one state to another. A state machine portrays the sequences of states which an object undergoes due to events and their responses to events.

State-chart diagrams are used for modeling objects which are reactive in nature.

In the Automated Trading House System, let us model Order as an object and trace its sequence. The following figure shows the corresponding state–chart diagram.

Activity diagrams are used for modeling −

The following figure shows an activity diagram of a portion of the Automated Trading House System. 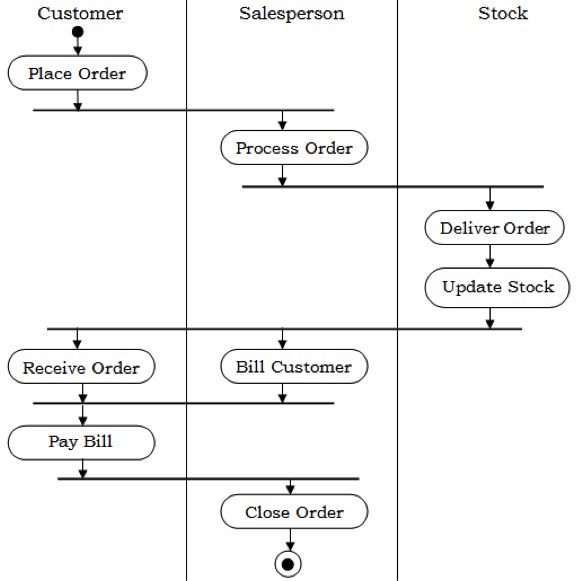