In our childhood, we used to listen to many stories from our Parents, Grandparents and also Teachers in the school. There are stories about Kings and Queens, Prince and Princes, Dogs and Monkeys etc., a wide range of stories from fictions, drama, and actions to stories with morals. One of such famous stories called as “The Sour Grapes”, where the fox jumped again and again to eat the grapes from the tree, but when he couldn’t reach to that height after many attempts, he declared that the grapes are sour. 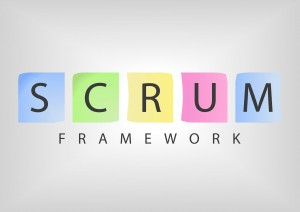 You can see the same state of affairs also occurs in our corporate world, where we tried to implement a process or framework such as scrum framework in our existing system but due to poor effort, we couldn’t succeed and eventually declares that it is not made for us. Many time the failures are just because of our misconceptions on scrum which prevents us to adopt Scrum in its true sense.

Myth #1 − Scrum is very easy and can be adopted Quickly

A common misconception we may have heard from many people that scrum is nothing but a sprint of two to four weeks time period to develop and test some of the user stories and complete the work in that shorter sprint window.

Actually, that is a partial adoption of the Scrum which is dangerous because scrum has certain principles and to get the actual benefit we need to adopt it completely. All the scrum ceremonies such as Sprint Planning, Daily Scrum, Sprint Retrospective Meetings etc has its own significance and will be the deciding factors of project’s success when followed them honestly as per their rules and regulations.

Myth#2 − What is the need of Scrum Master when Project Manager is available?

In many organizations, people believe that Scrum Master is just like a ring master whose job is to get the work done from the team. And due to that misconception, they are reluctant to recruit a dedicated person as scrum master, instead they prefer the project managers to perform double roles.

But as per scrum, a dedicated scrum master is mandatory for the success of the project. The Scrum Master not only safeguards the processes but also educates the team on the scrum values and practices. He or She acts as a facilitator and make sure that all the scrum processes and ceremonies are taking place and the team is honestly practicing them.

Actually, the misconceptions like this go against the key value of the scrum that is, the scrum team is self organised, understand their responsibilities and ownership, capable to take decisions and held responsible for the outcome. So, if a Project Manager takes up the scrum master role and takes decisions on behalf of the team, then its contradicts the scrum principle.

The Scrum Master doesn’t have any authority, so he/she can’t make any decisions. Their job is to protect the team from any outside interference, facilitates the team, and ensures visibility on the project’s progress.

Myth#3 − What is the need of documentation when we are following the Scrum?

Many people believe that there is no need of any documentation. That is purely a misconception; you can still have documentation in the form of user stories, design and architecture documents, and other supporting documents.

The product backlog itself is a living document which contains user stories, functional and non-functional tasks, constraints and wire-frames etc. So, in case of improper documentations and poor management of product backlog, it can put your project into trouble.

This is more common for the project managers who are previously working in the traditional waterfall model. In the traditional model, we have a proper plan and almost freezes the scope (though that changes more often at a later stage) in the initial phases which allows the project managers to predict the release dates. So, it is obvious that they feel unsettled without a task driven approach.

While in Scrum, we have product backlog which keep on adding new requirements and the priorities of the those items keep on changing to cope with changing business needs. The features which are important at the time take up first for development, and at the end of every sprint we have the solid working deliverable to deliver to the customer. Thus, every sprint provides us the actual progress of the project, makes the project more visible and predictable.

Myth #5 − Scrum is only for Software Companies

This is also a common belief that scrum framework is made only for software companies, other industries cannot adopt it. This is purely a misconception.

In reality, scrum can be applied to any business whether it is software, BPO, Service, Education, or infrastructure. As every business is dynamic, adoption of scrum framework can be a better solution to survive in the fast-paced business environment.

Myth #6 − Due to quick turnover, less focus on Code Quality

Due to the shorter duration of sprints, many people believe that the developer compromises on the quality of the codes. Though it is a myth, but it actually happens in some organizations where the developers use shortcuts to complete the work quickly resulting low-quality code.

Actually, Scrum is a framework for managing the project, so for checking the coding standards the other best practices such as automated code quality checks can be included.

Myth #7 − Many meetings in Scrum which takes Productive hours

These myths on Scrum does not affects Scrum, but it resultant failures of the project and losses to the customer and the companies involved. So it’s better to clear the misconceptions and adopt the real scrum.