In order to blink an LED using Arduino, we first connect perform the hardware connections. Choose a pin of your board that supports digital output. We are using the Arduino Uno board, and we will choose pin 7. The circuit will look like this − 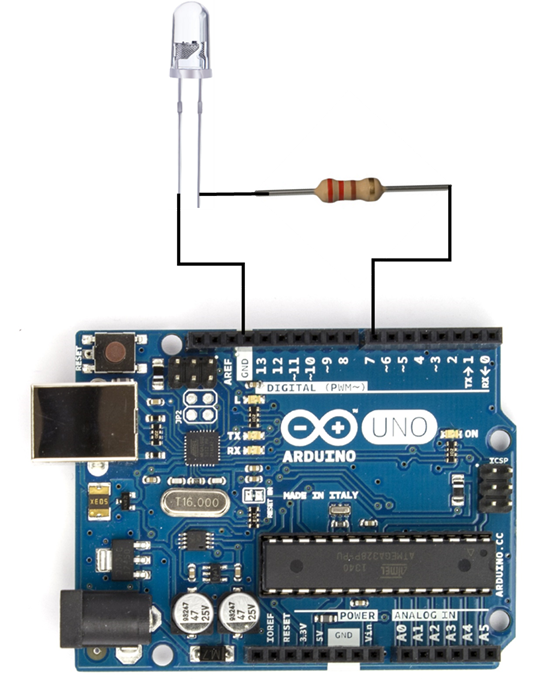 The value of the resistor can be of the order of 100 Ohms. We'll choose a 220 Ohm resistor. Now, the code will look like the following −

As you can see, we have first defined the LED_PIN. Next, in the setup, we have defined that pin as an Output pin. In the loop, we are setting the pin as high and low consecutively, to generate the blink. In case this code doesn't generate the blink pattern, check your connections. A common mistake is to connect the longer leg of the LED to GND and the shorter leg to the resistor, which won't generate any blinking pattern.

If you don't have an external LED, depending on which board you have, you could use the BUILTIN_LED of the board. All you need to do is replace the first line of the code to the following −

Congratulations on your first LED Blinking code on Arduino.